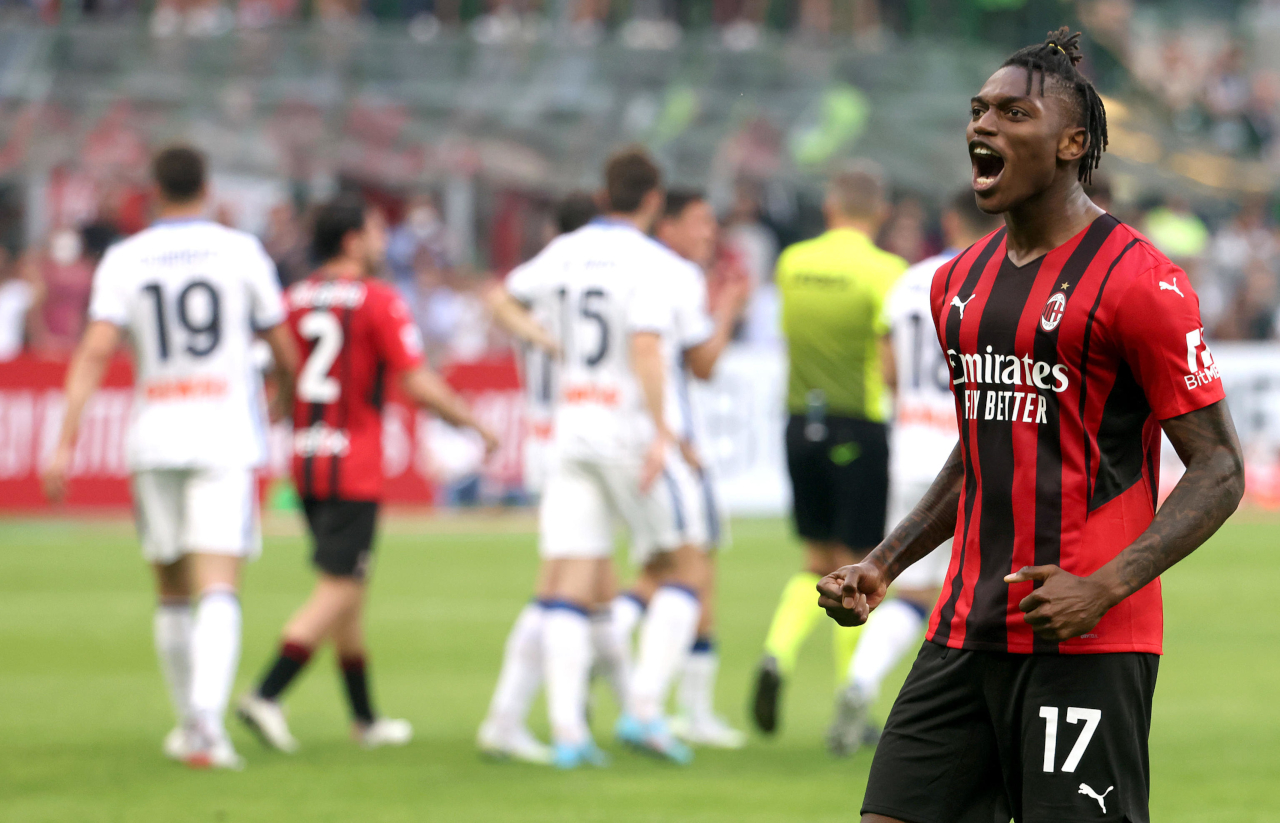 In a season where several players have come up with big moments for their clubs in times of need, Rafael Leao, above all, has shone to take his side far beyond pre-season expectations, writes Andrew Cesare Richardson.

Ciro Immobile, as always, deserves a special mention. That he has again scored almost 30 goals is taken for granted, given it happens almost every season.

Inter central defender Milan Skriniar as well as his Milan counterparts Pierre Kalulu and Fikayo Tomori also have legitimate claims but, overall, while this award does take into account the entire season, it is in the business end, the home stretch where the best step up and one man has been defining in the past few weeks.

As April turned to May, it looked like Milan, just as in 2020-21, had impressed but just not done quite enough to claim the Serie A title and when they were given a second chance following Inter’s shock defeat to Bologna, Rafael Leao stepped up to ensure his side coped with the pressure.

Leao’s influence has been pivotal all season long and he is a deserved MVP for his contributions throughout the campaign. He has been the difference between a victory and a draw or defeats so often. His 14 goals this season in all competitions is double his outlay from the previous campaign.

And of those 14 goals, 11 served to put Milan ahead in a match. While another, his strike to give Milan a 3-0 lead at Atalanta, turned out to be the winner as La Dea scored two late goals and threatened an incredible comeback. But it’s his performances in the final four matches of the season – since Inter’s slip up – which mark him out in particular. 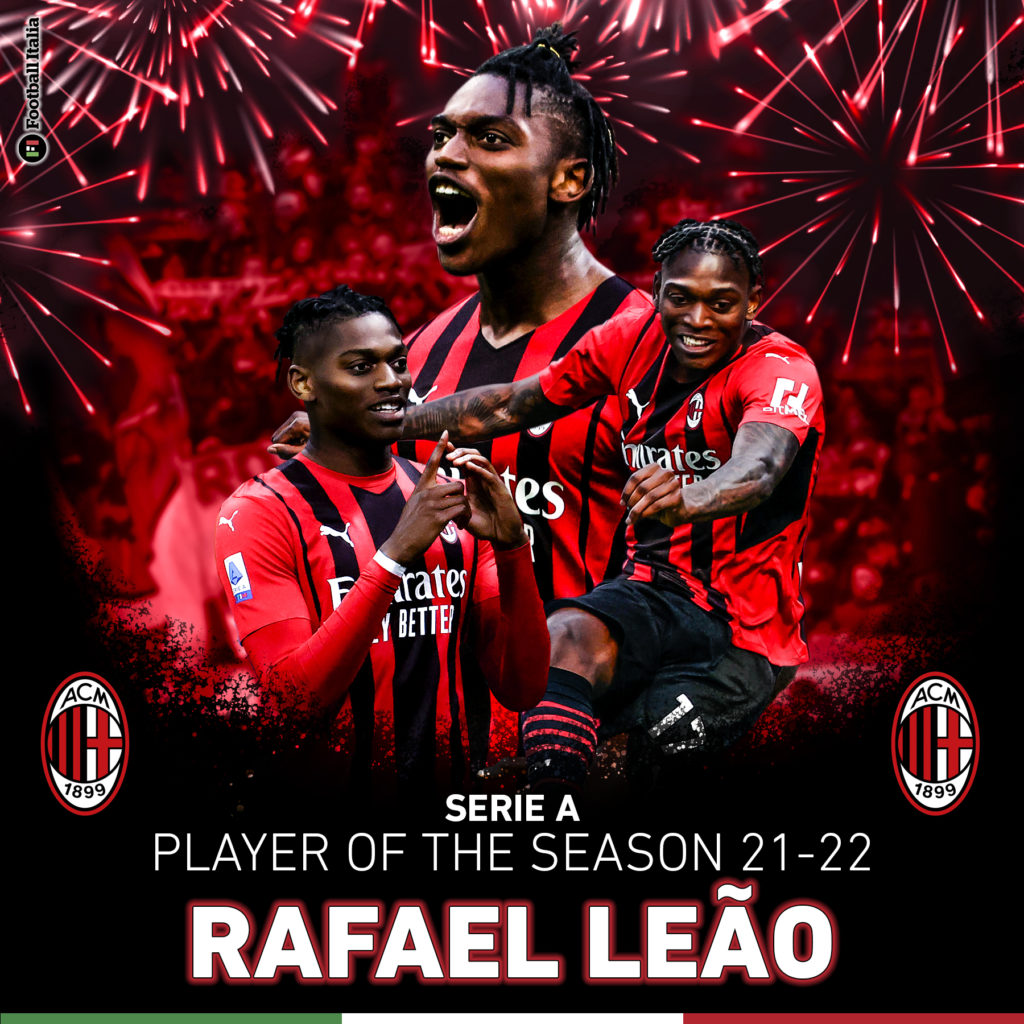 The loss left Inter two points behind Milan with four matches remaining, meaning the destiny of the Scudetto was suddenly firmly in the Rossoneri’s hands. A favourable position to be in, but one which brings with it a heap of pressure for such a young team. In their very next match, in front of an expectant San Siro crowd, Milan hosted Europa-League chasing Fiorentina, a side which had put four past them in the reverse fixture earlier in the campaign and had already claimed a draw in this stadium against Inter.

It looked like the pressure was weighing down heavy on Milan as they seemed unable to break this Fiorentina team down. A Viola team who, less than a month earlier, had effectively ended Napoli‘s title hopes in similar circumstances.

Now, a 0-0 draw would not have been the end of the world for Milan. They would still have been in control of their own destiny. But mentally, it would have felt like a real opportunity missed. Which is why when, with just eight minutes of normal time remaining, Leao capitalised on a bad pass from Fiorentina goalkeeper Pietro Terracciano to score the game’s only goal, it was greeted by wild celebrations.

The Portugal international picked up the ball midway inside the Viola half. There were four defenders around him, trying to stop him but he kept his composure to find the back of the net. Inter kept up the pressure to ensure Milan would have to fight for it if they wanted to take the Scudetto from their city rivals – which meant the Rossoneri could not afford to take their eye off the ball in this relentless battle.

With Stefano Pioli’s side a goal down at Verona in their next match, Leao cut in from his traditional left-wing berth to tee up Sandro Tonali for a tap in from close range. It was a similar story for Milan’s second goal as he ran into open space down their left to set up Tonali for a close-range finish again to put his side 2-1 ahead.

He may not have scored but his contribution was still vital to the win – and he again stepped up in front of an expectant San Siro crowd in the penultimate match of the season against Atalanta.

Similar to the clash with Fiorentina, Milan were struggling for the breakthrough until Leao cut in from the right and kept his composure to give the Rossoneri the lead on 56 minutes. Leao then capped off his season with three assists in 36 devastating first-half minutes as Milan beat Sassuolo 3-0 on the final day of the campaign to seal the title. When Milan needed him most, Leao stepped up. And that is the very definition of an MVP.

7 Comments on “Serie A Player of Season – Rafael Leao, stepped up when Milan needed it most”