Formed as the Milan Football and Cricket Club in 1899 by an Englishman named Alfred Edwards, the club’s first Scudetto came in 1901. Milan would go on to win two more Serie A titles before a barren period of over 40 years rocked the club. Swedish trio Gre-No-Li – Gunnar Gren, Gunnar Nordahl and Nils Liedholm – were the saviours, helping the Rossoneri win four titles in the 1950s.

Coach Nereo Rocco and star player Gianni Rivera fought Inter for dominance in Italy and Europe during the following decade.

Fabio Capello characterised the early 1990s with four titles, four Italian Super Cups, a Champions Cup, and a European Super Cup. Alberto Zaccheroni won the club’s 16th Scudetto at the first time of asking, while Carlo Ancelotti won the Champions League, the Coppa Italia and the Scudetto in quick succession.

Starting the 2006-07 campaign with an eight-point Calciopoli penalty was bound to dent their Scudetto hopes, but they made up for it by gaining revenge on Liverpool with their second Champions League trophy in five years. Milan ended a seven-year wait for the title when a team heavily invested in won the Scudettounder the leadership of Massimiliano Allegri in 2011.

The last few years have been characterised by big sales and small results, Berlusconi pledged to change that trend in 2015-16 by bringing in star names like Carlos Bacca and Luiz Adriano, but still failed to qualify for even the Europa League.

After lengthy negotiations and months of uncertainty, the club was sold to Chinese investors Rossoneri Sport Luxembourg in 2017. The new owners spent over €200m on ten players, but it soon became clear that owner Yonghong Li was having liquidity issues.

In the summer of 2018 he and his board were forced out by Elliott Management, the U.S hedge fund from which Li had borrowed the money to complete his takeover. 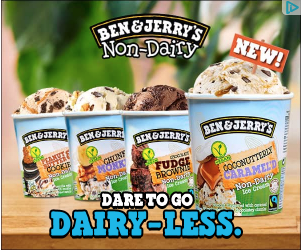