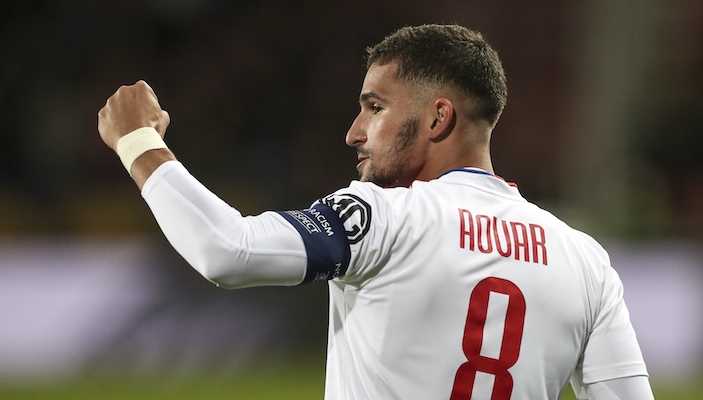 Milan are preparing an offer for Olympique Lyon midfielder Houssem Aouar ahead of the January transfer window, reports detail.

The 24-year-old Frenchman has been impressing for the Ligue 1 outfit since his first team breakthrough back in 2016, scoring 41 goals and providing 35 assists in 221 appearances across all competitions. Aouar’s contract with Lyon expires in the summer and he’s not looking to sign a new deal, keen for a breath of fresh air.

As reported by La Gazzetta dello Sport, Milan are looking to beat out their competition for Aouar and are ready to make a serious move for him in January. The Rossoblu have prepared an €8m offer for the Lyon midfielder and are confident that a deal can be reached.

There are two factors in Milan’s favour. The first is their growing French colony in the squad and the convincing project at the club, and the second is that Aouar is represented by the same agents that look after the interests of Sergino Dest and Pierre Kalulu.

One Comment on “Milan ready offer for Lyon talent Aouar”