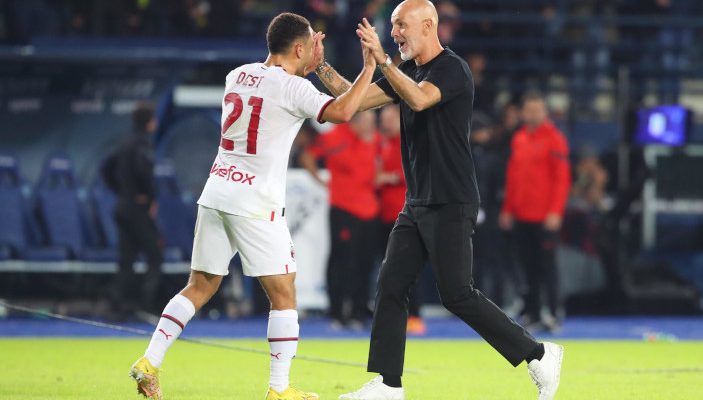 Versatile full-back Sergiño Dest could offer Stefano Pioli multiple options to deal with Milan‘s injury crisis, starting from the game against Chelsea in the Champions League.

The USMNT international is still settling in at Milan having played only 108 minutes across four appearances this term. He was introduced in the second half of Milan’s last home game against Napoli but caused a penalty kick for the Partenopei with a naive foul on Khvicha Kvaratskhelia.

He will likely get more playing time in the upcoming games as Davide Calabria has been ruled out until 2023 along with Alexis Saelemaekers, while Junior Messias is also on the treatment table and is unlikely to recover for the match against Chelsea on Wednesday.

Football Italia understands that Dest is expected to start his first game for Milan this season at Stamford Bridge, replacing captain Calabria on the right.

The other option for Pioli is to use Matteo Gabbia in centre defence and Pierre Kalulu at right-back.

Dest can provide alternative solutions also in attack. The 21-year-old started his career as an attacking winger and Pioli could deploy him in a more advanced position in the coming weeks.

“I think I can play on the right or the left. Right and left back are my favourite positions, I have some offensive skills so if necessary I can be put up front,” Dest said during his unveiling press conference in September.

The USMNT international joined the Rossoneri on loan from Barcelona on the deadline day and the Rossoneri have an option to make his move permanent for €20m at the end of the season.

4 Comments on “Milan injury crisis: why Dest can be tactical key starting from Chelsea clash”