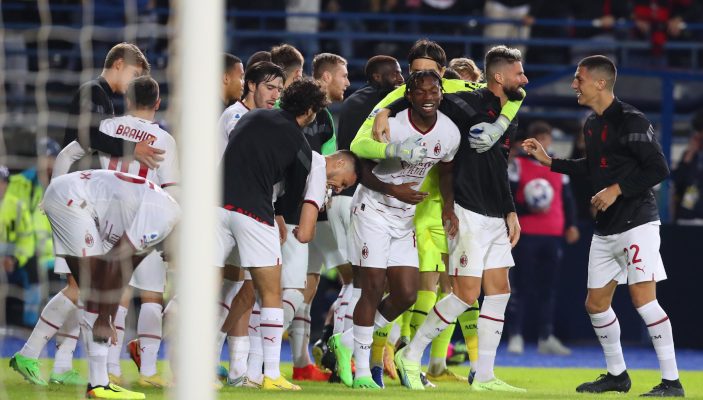 Milan have a massive injury crisis going into the big games against Chelsea and Juventus, with added problems for the Champions League meaning they could have only 14-15 senior outfield players.

The Rossoneri fought back for a dramatic stoppage-time 3-1 victory away to Empoli last night, a game that had three goals scored after the 90th minute by the two clubs.

It also saw Davide Calabria stretchered off with a suspected hamstring strain that could keep him out until after the break for the World Cup, while Simon Kjaer had a right thigh issue and Alexis Saelemaekers sprained his knee.

Of those players, the only ones who might possibly be able to recover for Chelsea midweek are Messias and Origi.

The problem in the Champions League is compounded by the fact Milan have a limited squad list due to the lack of Italian and homegrown players.

That was changed with Tatarusanu coming in for Maignan, seeing as the France international will be out until the group phase has concluded after picking up a calf strain in the Nations League.

It all means Milan should go to London on Wednesday with only 14-15 senior outfield players available.

3 Comments on “Milan decimated for Chelsea and Juventus clashes”