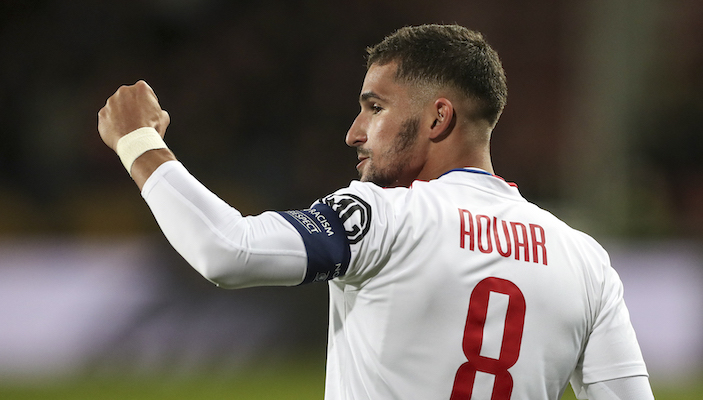 Milan and Roma are set to do battle on the January transfer market for Olympique Lyonnais midfielder Houssem Aouar, according to reports in France, but face Premier League competition.

His current contract is due to expire in June 2023, making a January sale almost certain to avoid him leaving as a free agent next summer.

Footmercato point his future towards Italy and Serie A, with strong interest from Milan and Roma.

Caicomercato.com insist that the Giallorossi have the upper hand, having already contacted both Lyon and his agent in pre-season.

Jose Mourinho has repeatedly complained at the lack of alternatives open to him in the squad and asked for reinforcements after progressing to the Europa League play-offs.

There is, as ever, competition from the Premier League and specifically Leicester City.

Aouar had seemingly been on the verge of a move to Arsenal and then Nottingham Forest, but these were never completed.

The 24-year-old is a product of the Lyon academy and has one senior cap for France.

He has made six Ligue 1 appearances this season, contributing one goal, after recovering from an ankle injury.