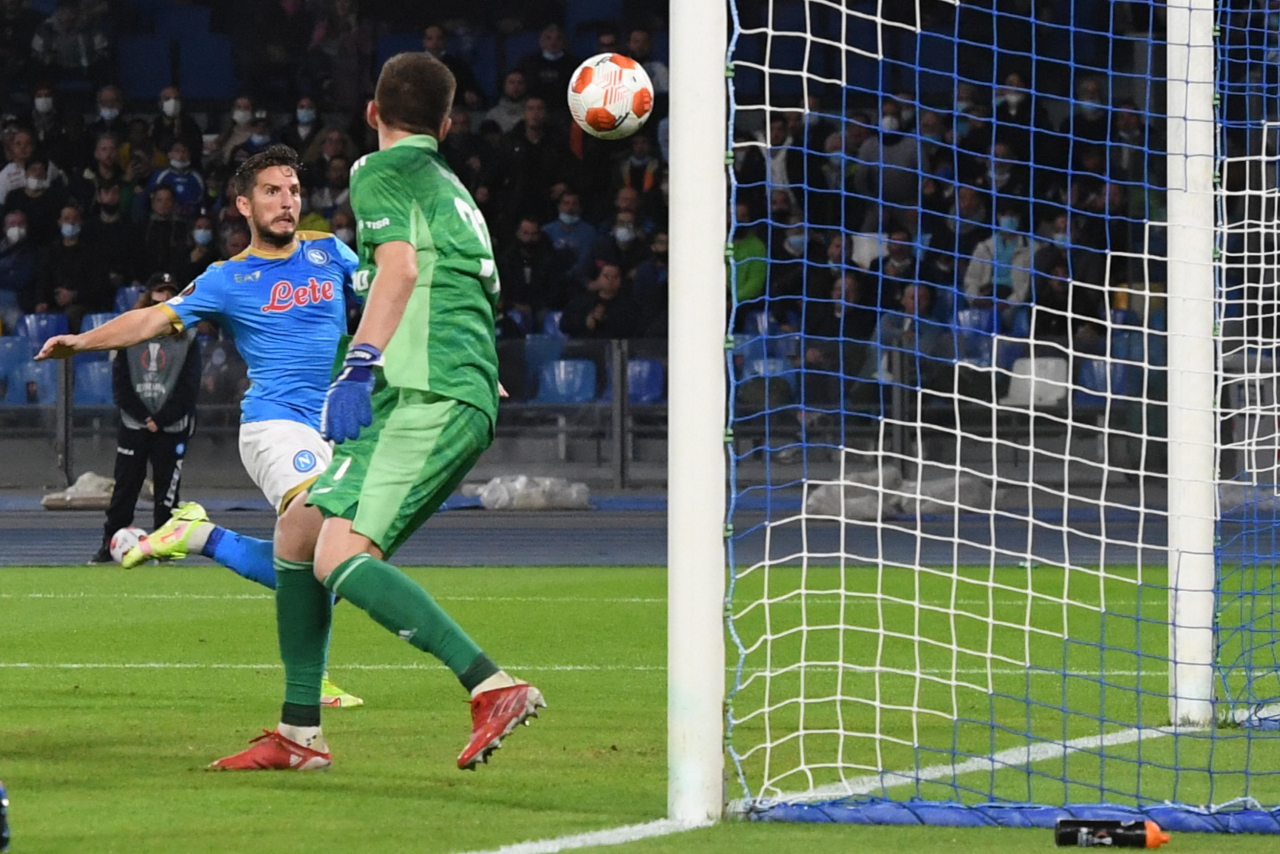 Dries Mertens praised Napoli teammate Victor Osimhen because he ‘wants to listen and learn,’ although the ‘ball didn’t want to go in’ during their 3-0 victory over Legia Warsaw.

The Partenopei dominated the Europa League match, albeit only breaking through with a Lorenzo Insigne half-volley after 76 minutes.

Osimhen and then Matteo Politano in stoppages made it a more realistic scoreline.

“We are doing well, we won 3-0 after a good performance and need to continue like this,” the Belgian told Sky Sport Italia.

This was the first start of the season for Mertens, who had surgery on his shoulder over the summer.

“It was special for me, as I had been out for almost four months, so it was a real pleasure to be back in the starting XI.

“We want to play every game the way we did tonight. The ball didn’t want to go in during the first half, otherwise it would’ve been all over by then, but we broke through eventually and won 3-0.”

Nigeria international Osimhen really allowed Napoli to change gear after coming off the bench today and showed he can also play with Mertens.

“Osimhen arrived last season and had a few difficulties settling, he also had injury problems, so I tried to help him. He’s a smart lad who wants to listen and learn. I give him all the love in the world!”

Napoli have a 100 per cent record in Serie A so far this season, is this the best squad Mertens has played in at the Stadio Diego Armando Maradona?

“We’ll see. Comparisons with the past are not helpful. I like to play as a centre-forward, but also supporting.”