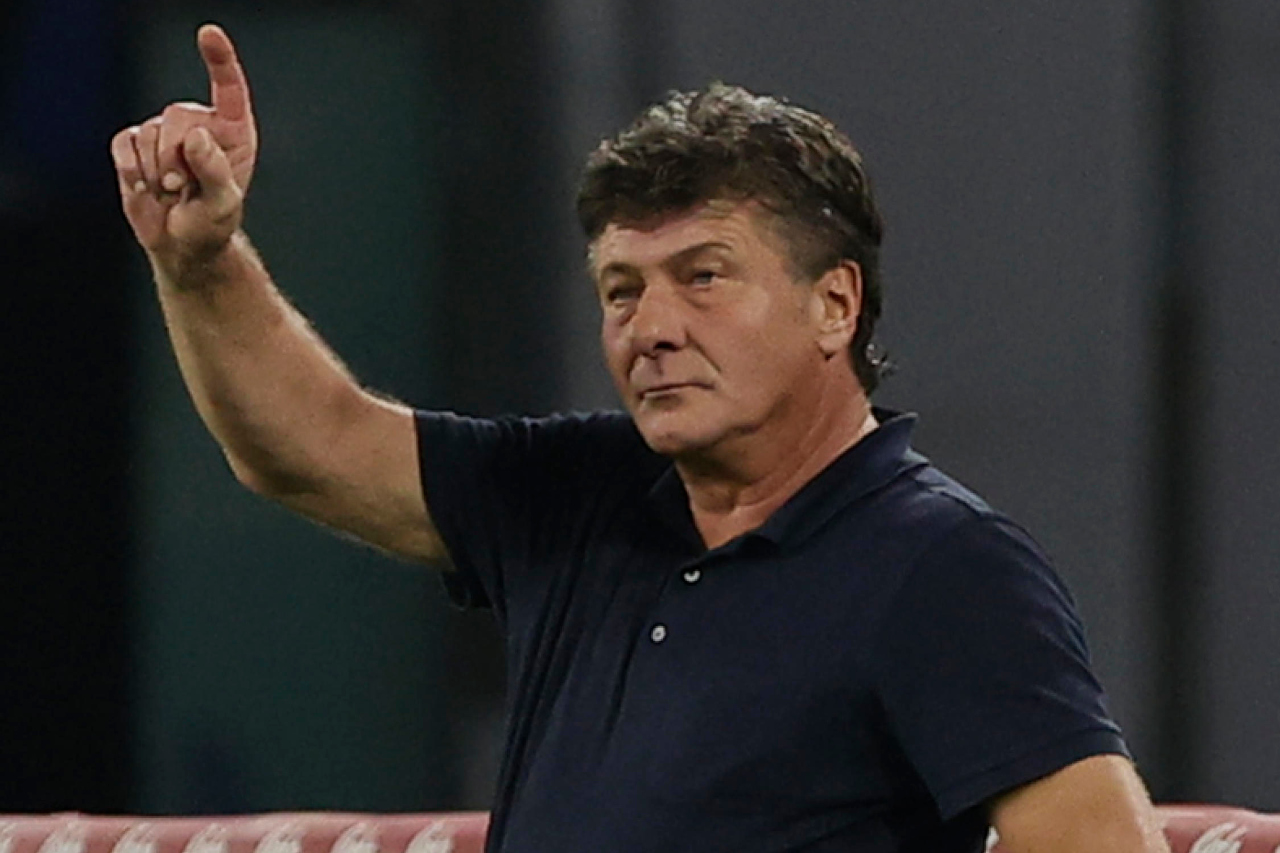 Walter Mazzarri insists he was impressed by Cagliari’s performance in a 2-0 loss to Serie A leaders Napoli. ‘We defended deep because otherwise we’d concede four or five goals like the other teams.’

The Sardinians suffered another 2-0 defeat, after an identical result against Empoli midweek, but practically never came close to troubling David Ospina at the Stadio Diego Armando Maradona.

“Let us not forget we were facing the best team in Serie A right now, in an extraordinary period of form who put four or five goals past everyone lately,” Mazzarri told DAZN.

“If we take that into account, then Cagliari put in a splendid performance this evening. We tried to attack in the first half and created some chances, but we made an error on the marking, otherwise the first half could easily have ended 0-0.

“We were in control, waiting for the final push, but made a naïve mistake with the penalty and that knocked the wind out of our sails. I think Cagliari were solid, which we weren’t three days ago, so it was more or less the same performance against Lazio, expect for the counter-attacks. We were up against champions like Kalidou Koulibaly who won’t allow you anything.

“I saw a far more solid team compared to Wednesday, when we really were terrible against Empoli, and have to consider Cagliari at this point cannot compare to Napoli. If we get some energy back, I think we can have our say from the next match, but we are on the right track.

“Osimhen is phenomenal, because he runs alone at five players and gets through. If you look at genuine scoring opportunities, compared to the number Napoli created lately, I didn’t see that many.

“We intentionally kept a deep defensive line, because if we pushed higher like the other teams, we’d concede four or five like they did with Osimhen able to run into space. Obviously, Napoli had more possession and attacked more, but this was an intentional approach.

“It has been difficult to make many changes, because I arrived before the midweek round, so we basically had more games than training sessions.”