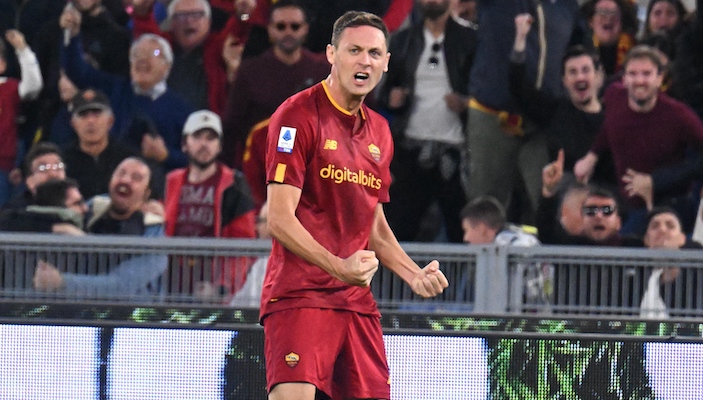 Nemanja Matic suggested that he ‘still has a few years’ in his legs and discussed how it felt to be a part of Jose Mourinho’s Roma squad.

The 34-year-old Serbian midfielder joined the Giallorossi on a free transfer in the summer, penning a one-year deal with the club with an option for a second. Matic has made 20 appearances across all competitions this season for Roma, scoring one goal and providing one assist in that time.

Speaking in a press conference, Matic first discussed his plans for the future and his move to Mourinho’s Roma.

“I have no plans for the future, I still have a few years as a player in my legs. I have already played with Mourinho, everyone improves and he also updates because there is a new generation of coaches.

“For the future I am studying coaching. I think from the beginning until now I’ve always played even if not always from the start, to be honest when I signed I thought I would play but I’m a player and it doesn’t matter if I play one minute or ninety, I hope to be well and play in the future.”

He gave his thoughts on the Serie A title race this season.

“Apart from Napoli who started well, it’s always a battle, it will be an interesting season.”

“Congratulations to Japan. Honestly no one thought they could win, but in football anything is possible.”

Mourinho and his Roma squad are currently in Japan for their training retreat, taking advantage of the six-week Serie A break to carry out comprehensive preparations for the second half of the season.