Mancini: ‘Many Italians in Inter-Juve, but still not enough’ 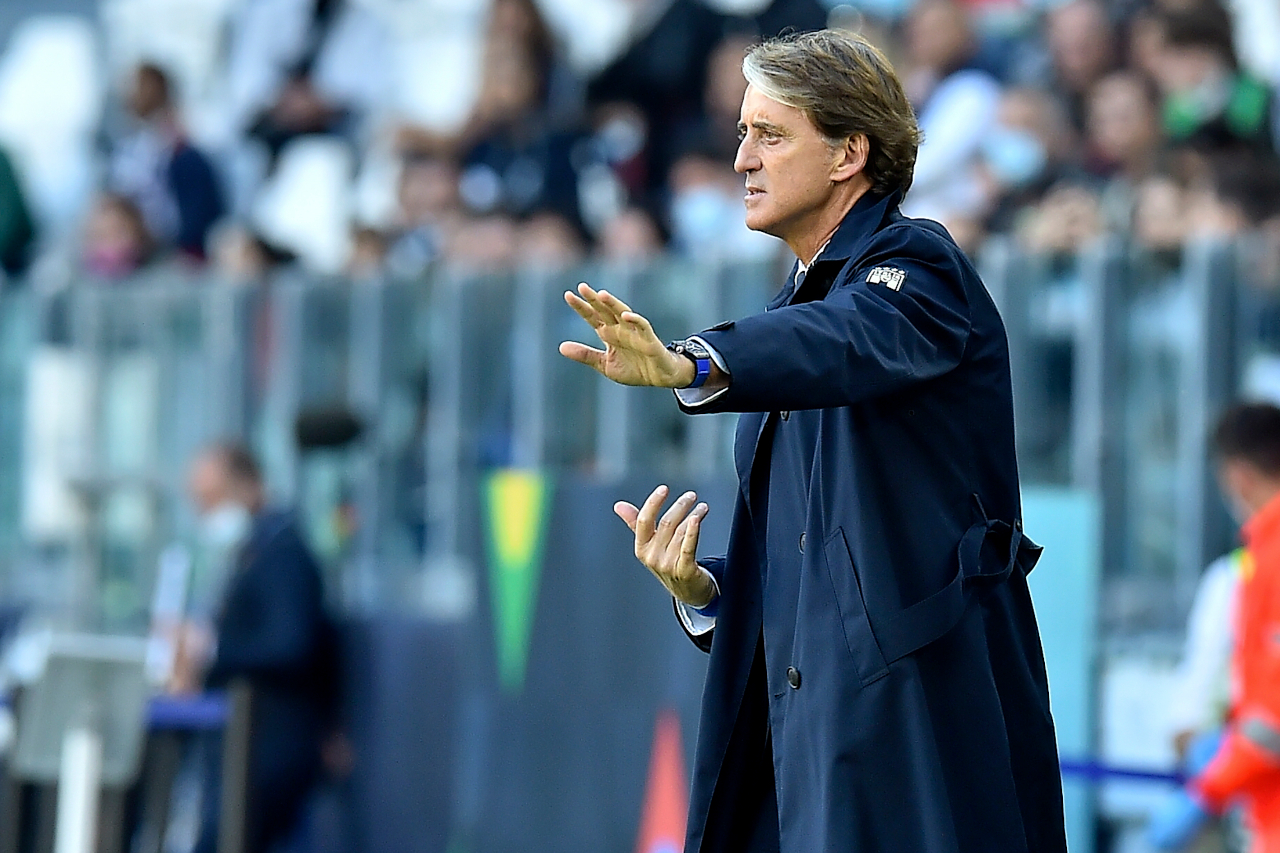 Italy CT Roberto Mancini said he’ll be satisfied by seeing some of his Azzurri players on the pitch when Inter host Juventus this weekend. ‘But it will still be too few’.

The reigning champions host the Old Lady at San Siro on Sunday and many of Mancini’s men are the protagonists at both sides this season.

Mancini said it’s important and satisfying to have the best Italians in the biggest teams, but claims there should be even more of them.

“It gives satisfaction, but it will still be too few for what the Italians can do,” Mancini said at the Colalucci Prize.

“Having said that, it will be a good match. I don’t think it’s decisive because we are at the beginning. Juve are chasing and must try to win, Inter will play their game, they are open to any result.”

Mancini said he can see Max Allegri’s footprint at Juventus again and claims they are on their way back to the title battle.

“They are recovering, they started so-so,” he said. “At this point it’s important to achieve results.”

The two Italy internationals Nicolò Barella and Manuel Locatelli will clash in the middle of the park on Sunday.

“They are two good and young players,” Mancini said. “They have their own future in their hands, they will have the future of their teams and that of the national team in their hands for years, it’s a pleasure that they play at this level.”

The former Inter coach said the Derby d’Italia has ‘always been an important match’ in Serie A.

“Juve-Inter has always been an important match in Italy, not only when I was coaching the Nerazzurri, even before.

“They are two teams that have made football history.”

Mancini was asked about Simone Inzaghi’s experience at Inter so far and the Italy CT wants to give the former Lazio man more time.

“He has been there for three months,” he said. “I think he needs time to settle in, Inter isn’t a simple club.

“When you have to win all the matches, it’s not obvious you will succeed. I think he has to settle in, but I also think he has done a good job.”

Roma host Napoli on the same day, when Jose Mourinho comes up against Luciano Spalletti, and Mancini will follow the match closely.

“This is also very nice,” he said. “Napoli are doing well and I think they can be a candidate for the Scudetto, it will be a good test.

“Together with Milan, they are the team that plays better, they deserve to be there and they have been playing together for many years.”