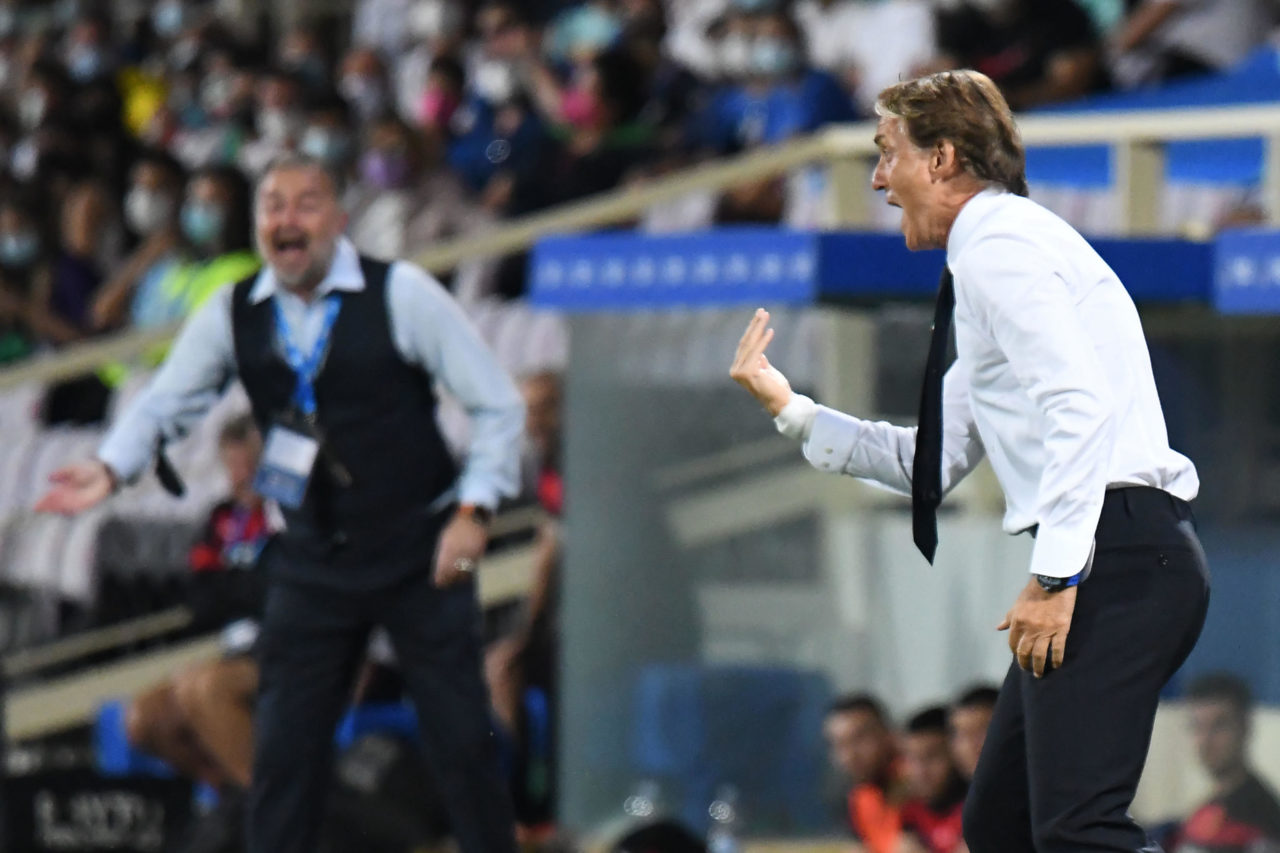 Roberto Mancini insists Italy did everything they could to beat Bulgaria, but the Azzurri were ‘not clinical enough.’

Italy were held to a 1-1 draw by Bulgaria in their first game after the UEFA Euro 2020 Final.

Federico Chiesa put the Azzurri ahead in the first half, but Atanas Iliev scored the equaliser just before the break.

“We should have been more clinical. We created many opportunities. It was one of those games where we could have played for 30 more minutes without scoring,” Mancini told Rai Sport.

“We conceded a random goal, perhaps we should have committed a foul to stop the attack. Still, we should have been more clinical. We gave our all to win this game. We have an important game on Sunday and we must win.”

Italy are the Group C leaders with 10 points in four games. They face second-placed Switzerland in Basel on Sunday. The Azzurri’s next opponents have six points in the table, but with two games in hand.