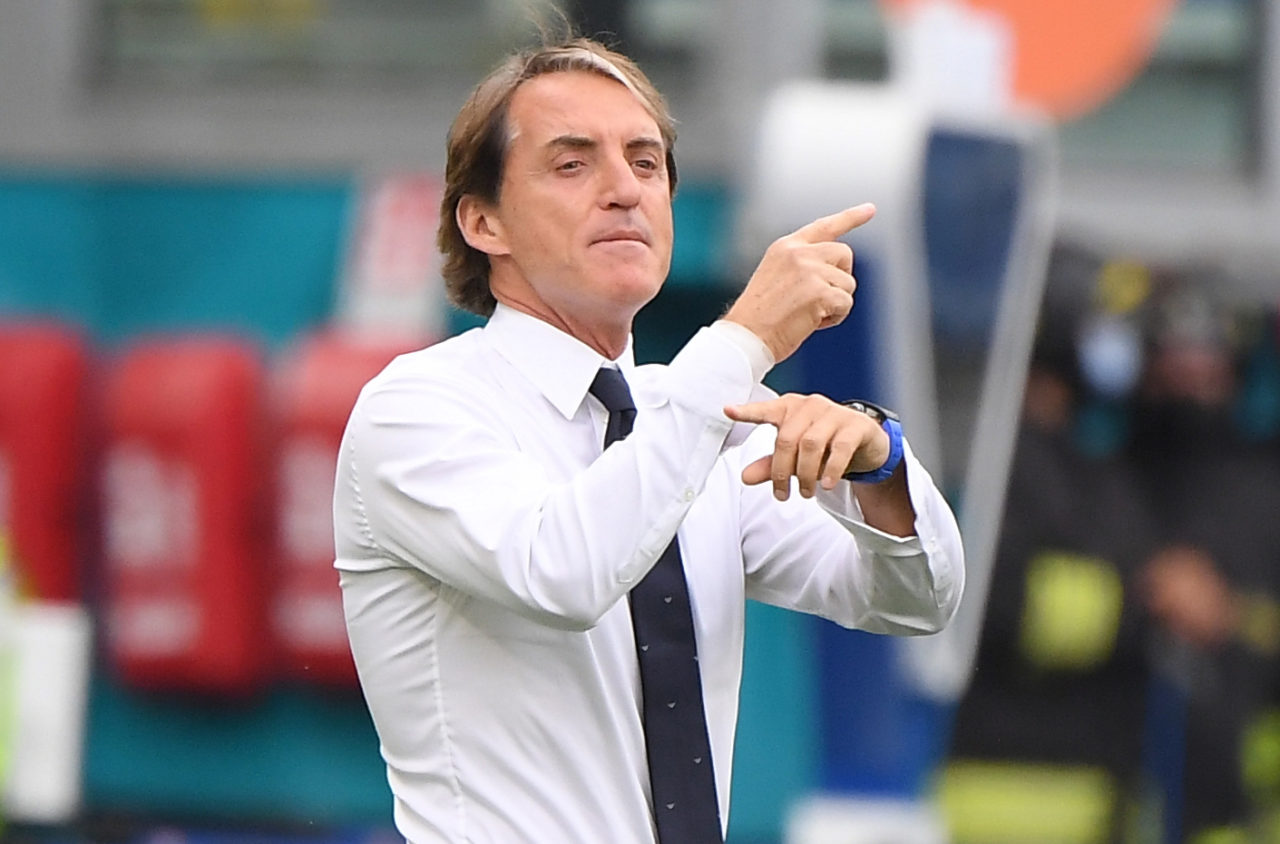 Roberto Mancini insists Italy must ‘think positive, as we’ve lost just one of the last 40 games’ and wants to avoid Cristiano Ronaldo’s Portugal in the World Cup play-offs.

The Azzurri were held 0-0 by Northern Ireland last night in Belfast, so Switzerland thrashed Bulgaria 4-0 and leapfrogged them to win the group.

That means while the Swiss go directly into the 2022 World Cup in Qatar, Italy must go through the new and more complicated play-off route in March, which now has a semi-final and a final.

“We thought that we had already qualified, but must learn to accept the results on the pitch even when they are negative,” said Mancini at the Social Football Summit event in Rome this afternoon.

“We’ve still got a good chance of qualifying. We’ve only lost one of the last 40 games, so it’s important to always think positive. If we had to have a lull, I’d rather it was now than in March or when the World Cup comes around.”

Italy had been top of their group from the start, only losing out in the final game, after drawing both head-to-head clashes with Switzerland with missed penalties.

Nonetheless, the CT points out that under his tenure and indeed only four months ago, Italy won the UEFA EURO 2020 tournament and set a new all-time world unbeaten record of 37 international matches.

“This squad is very good and it’s not a fluke that we won the Euros, nor were we very defensive in that tournament. We thoroughly deserved the trophy even against the best teams.

“There are moments in which we cannot give 100 per cent and this is one of them. If we reach March without this many injuries, then we can have our say against any opponent.”

The final qualification and play-off spots will be decided this evening, so Mancini was asked who he would like to avoid.