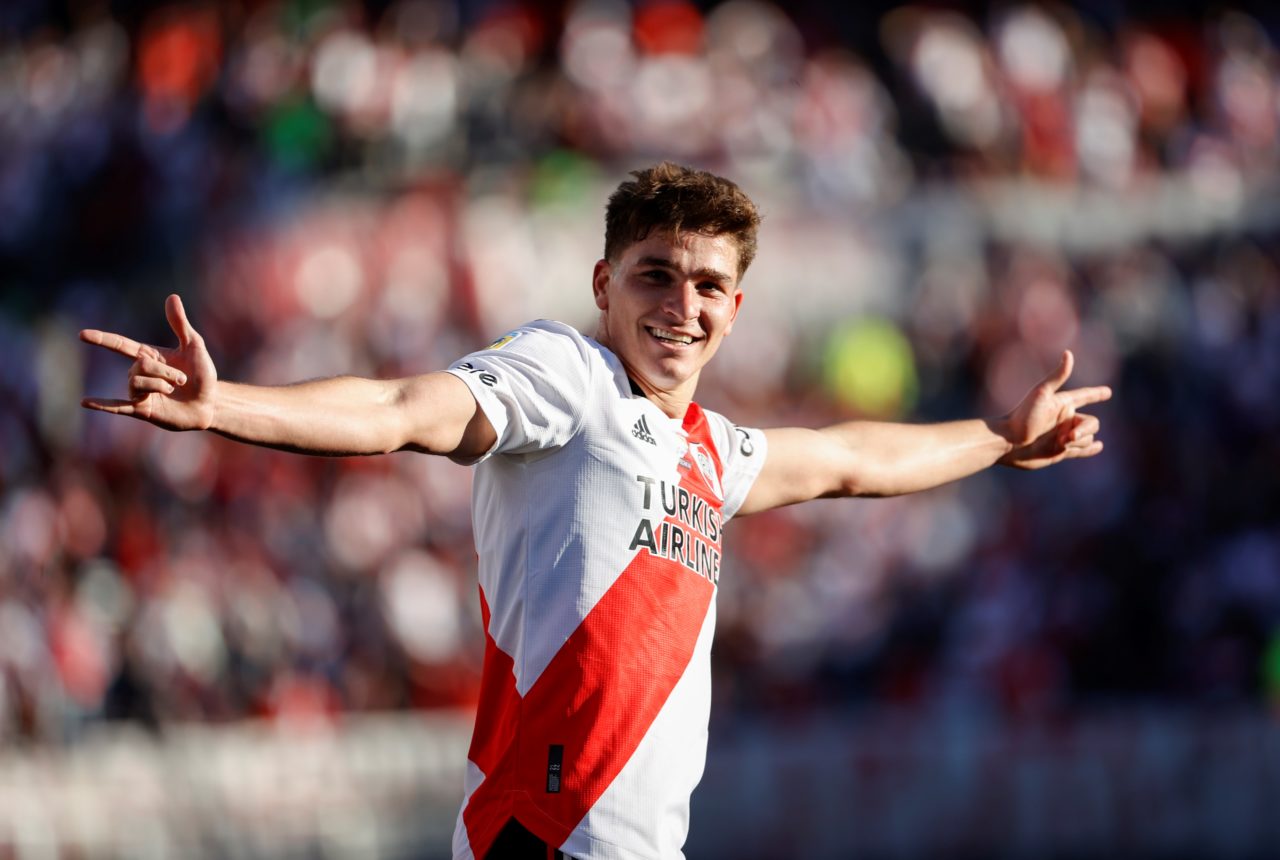 The three Italian clubs have been following the 21-year-old Argentinian forward for some time now following his incredible season with River Plate. The player has scored 24 goals in 46 games across all competitions, with 18 of those coming in 21 league appearances. He also provided 15 assists in that time.

As reported by Calciomercato.com, Manchester City are set to beat out their Italian competition for Alvarez, as they’re ready to pay €18m for the 21-year-old. The Citizens are set to sign him immediately before leaving him on loan with River Plate. They’ll then evaluate what to do with him in the summer.

The Sky Blues may either bring him to Manchester or extend his loan with River Plate until the end of 2022, allowing him to enjoy a consistent environment ahead of the World Cup in Qatar. Manchester City would cover his salary immediately as well, despite him staying in Argentina.

Pep Guardiola believes Alvarez is the striker of the future and he has explicitly requested the move, leaving the Italian clubs with just the crumbs once again.

3 Comments on “Man City beat out Milan, Inter and Juventus for Alvarez”