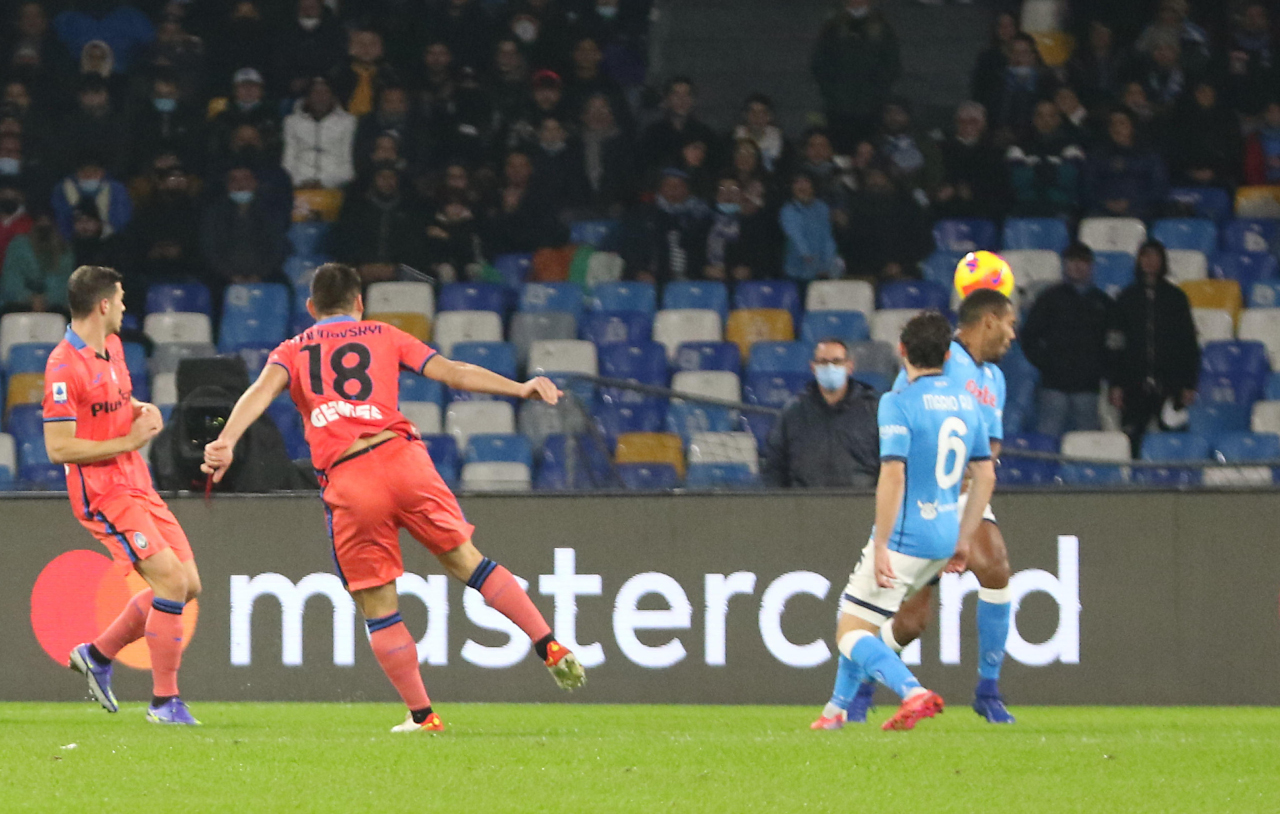 Ruslan Malinovskyi hails the way Atalanta ‘always play to win’ after their 3-2 victory away to Napoli, but insists the Scudetto is ‘not something we discuss.’

It was a real thriller at the Stadio Diego Armando Maradona, because La Dea were leading 1-0 through Malinovskyi’s strike, turned around to trail 2-1 before two goals in five minutes from Merih Demiral and Remo Freuler sealed the 3-2 away victory.

This was Atalanta’s fifth consecutive Serie A victory, the first home loss for Napoli this season, and created a real cluster at the top of the table.

“We know that we faced a strong team and when we scored early, we thought it would be even more difficult, because Napoli always attack,” Malinovskyi told Sky Sport Italia.

“It’s tough to play in their half this time, we had to press them and they are technically-gifted. It was an important victory.”

Milan now lead on 38 points, followed by Inter on 37, Napoli 36 and Atalanta 34. Surely they can start talking about a Scudetto push now?

“No, we don’t discuss this in the locker room. We just focus on the next game and know it’s always difficult to get any points in Naples, let alone win. We played well throughout the match and we never give up. We know over 90 minutes, we can win.”

Atalanta can also still progress to the Champions League Round of 16, but they must beat Villarreal on Wednesday.

“We have four days to prepare and recover, we’re playing on home turf and it’s better to play for one result than two. It’s all in our hands, we have to prepare for this game and control our destiny.”

Gian Piero Gasperini’s side are becoming a real force in Serie A this season and hugely-entertaining as well.

“I really like the way Atalanta play, the mentality and energy of this team. We always irritate the opposition, we play to win and to take control of the game. We have a strong team, there are at least 20 who can come on and make the difference.

“I am in a more advanced role now, but I want to help the midfield to double up the marking as well, and that is what the coach asks of me too.”

A cracker from Ruslan Malinovsky 💥 pic.twitter.com/GmaZl70fsq