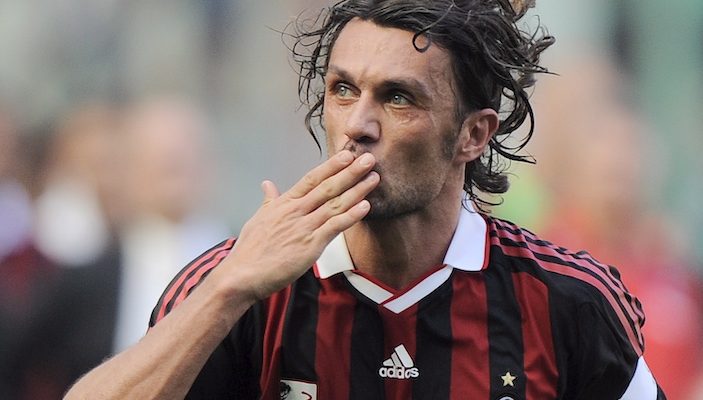 Milan director Paolo Maldini admits he failed to impress in the first two or three derbies he played: ‘There was a different emotional charge.’

The legendary defender spoke about his experiences in the Derby Della Madonnina on Milan TV.

“The derby, like other matches, like Milan-Juventus or Milan-Napoli, back then would give you a different emotional charge and this probably limited me a little in the first years,” he said.

“I remember that in the first two or three derbies I failed to play the game at a high level.

“Once I got used to that kind of stress, it became one of the matches that I would look forward to most because, in the end, we live for these moments.”

Maldini scored his first goal against Inter on November 1994.

“I wanted to shoot, but I didn’t think I could put it in the corner. Honestly, it was a difficult ball, I think from Donadoni,” he said.

“I was almost inside the area on the edge of the box. Honestly, from there, there wasn’t much more I could do. Sometimes, something more instinctive can surprise the goalkeeper, and it did.

“Being a defender I’ve never been attracted to scoring goals. Of course, it is perhaps the best feeling besides winning a title, but it has never been a fixation for me. I have always tried to understand my role as a defender.”

The Milanese sides met in the Champions League semifinals in 2002-03. The Rossoneri, coached by Carlo Ancelotti, didn’t only qualify for the Final, but eventually managed to lift the Cup after beating Juventus on penalties at Old Trafford.

“Incidentally, it [the derby] took place over six days, so we played Wednesday and Tuesday, six days of huge intensity,” recalled Maldini.

“There was a sort of electricity, not only around the two teams but also all over the city. That feeling of fear that is part of the sport and those feelings of excitement, I think they are matched only by Champions League Finals.”

The former defender is the player with the most appearances with Milan and is only behind Gigi Buffon for games played in Serie A.

Overall, he made 902 appearances with the Diavoli, scoring 33 goals and winning – among other trophies – seven Serie A titles and five Champions League.

He retired in 2009 and was appointed as Milan’s Chief Of The Technical Area in August 2018.