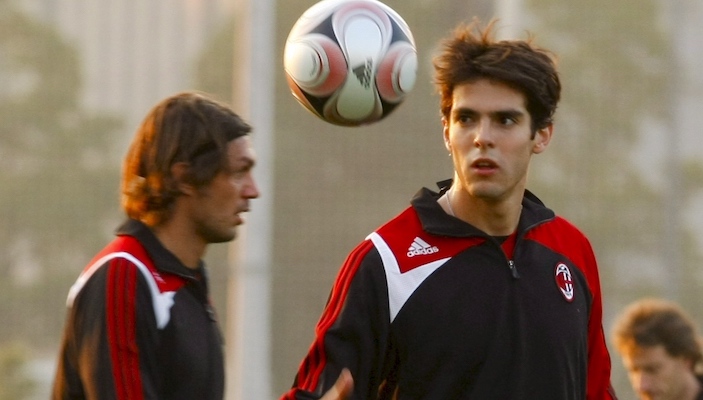 Paolo Maldini remembered the qualities of former Milan star Kaka and what his arrival at the club was like.

The 2002 World Cup winner broke through at Sao Paulo before making an €8.5m move to Milan in the summer of 2003. He would go on to spend six years with the Rossoneri, becoming a fan favourite with his incredible and unique skills on the pitch. Kaka left for Real Madrid in 2009 and made a brief one-year return in 2013 before eventually seeing out his career with Orlando City.

Speaking on the DAZN film ‘Stavamo bene insieme’, Maldini looked back at his time with Kaka and how much the Brazilian impressed upon his arrival in Milan.

“I played with him in a friendly in Madrid, ‘Rest of the World-Real Madrid’. He played in front of the defence. He had already been to the World Cup and had practically never played.

“He impressed me. Then when he arrived here… acceleration, goals. Already after the first game we all understood what kind of player he was.”

Kaka made 307 appearances across all competitions during his seven total years with Milan, scoring 104 goals and providing 84 assists. He won five honours with the Rossoneri, including a Scudetto and Champions League title, as well as the Ballon d’Or in 2007.