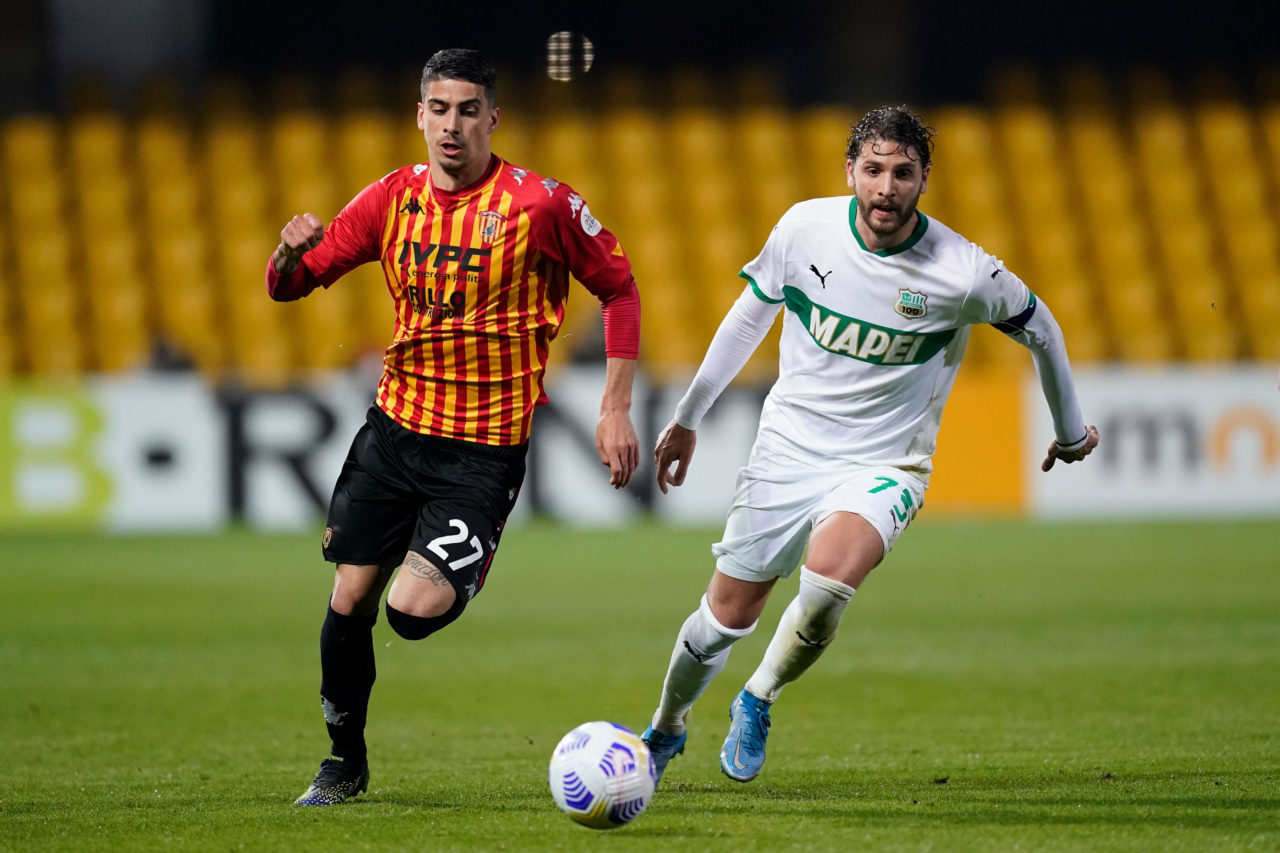 Manuel Locatelli has been one of the standout performers in Serie A this season, so Vilizar Yakimov thinks the ex-Milan man should be a focal point of Roberto Mancini’s midfield selection ahead of Euro 2020.

It’s always satisfying when a young player grows in front of everyone’s eyes and this is exactly what happened to Manuel Locatelli in the last couple of years. The former Milan midfielder has developed superbly ever since his move to Sassuolo in 2018, but the current campaign is undoubtedly his best up to date.

Therefore it comes as no surprise to see Locatelli included in Roberto Mancini’s provisional squad for Euro 2020 and the truth is the 23-year-old should be one of the first names in Mancio’s list.

After all, the Sampdoria legend was the one who called up Locatelli for his Azzurri debut back in September and the truth is Manuel never looked back ever since.

Sassuolo finished the season in the impressive eighth place, earning the same points tally as Roma (62) and Locatelli’s composed and disciplined performances were one of the main reasons behind the Neroverdi’s achievements.

In fact, the Lombardian midfielder was arguably the key player for Roberto De Zerbi’s 4-2-3-1 setup, as he was handed the tough task to protect the Neroverdi’s vulnerable backline, while moving the ball efficiently and quickly distribute the ball to Sassuolo’s pacey forwards.

The 56 goals that the Emilia-Romagna outfit conceded would’ve been much more if not Locatelli’s 2.4 tackles per game, which is by far the highest tally in the team. His gritty approach is also highlighted by the 1.5 fouls the defensive midfielder commits per game, which is also the same as Filip Duricic’s 1.6 fouls per 90 minutes.

While committing fouls is not necessarily positive, Locatelli has mainly done this in harmless situations in the middle of the park or when he needs to stop a dangerous opposition move. This is something that Roberto Mancini can surely appreciate, as Jorginho and Lorenzo Pellegrini can be a bit too passive at times when not in possession, while the likes of Marco Verratti, who is hoping to recover in time for the tournament, and Nicolo Barella occasionally overcommit, which always hides risks.

Another quality that distinguishes Locatelli from the rest of the midfielders at Mancini’s disposal is his height and aerial ability, as only Bryan Cristante and Pellegrini can match his 1.86 cm among midfielders. However, the Milan youth product’s average of 1.4 successful aerial duels per game beats the tallies of all of his colleagues, but what makes Manuel really valuable is that he combines all this with excellent ball-playing abilities.

Averaging 80 passes per game with 88 per cent success rate is solid, but add to this an average of 1.7 key passes and 4.9 successful long balls and it becomes obvious that Locatelli is a real deal.