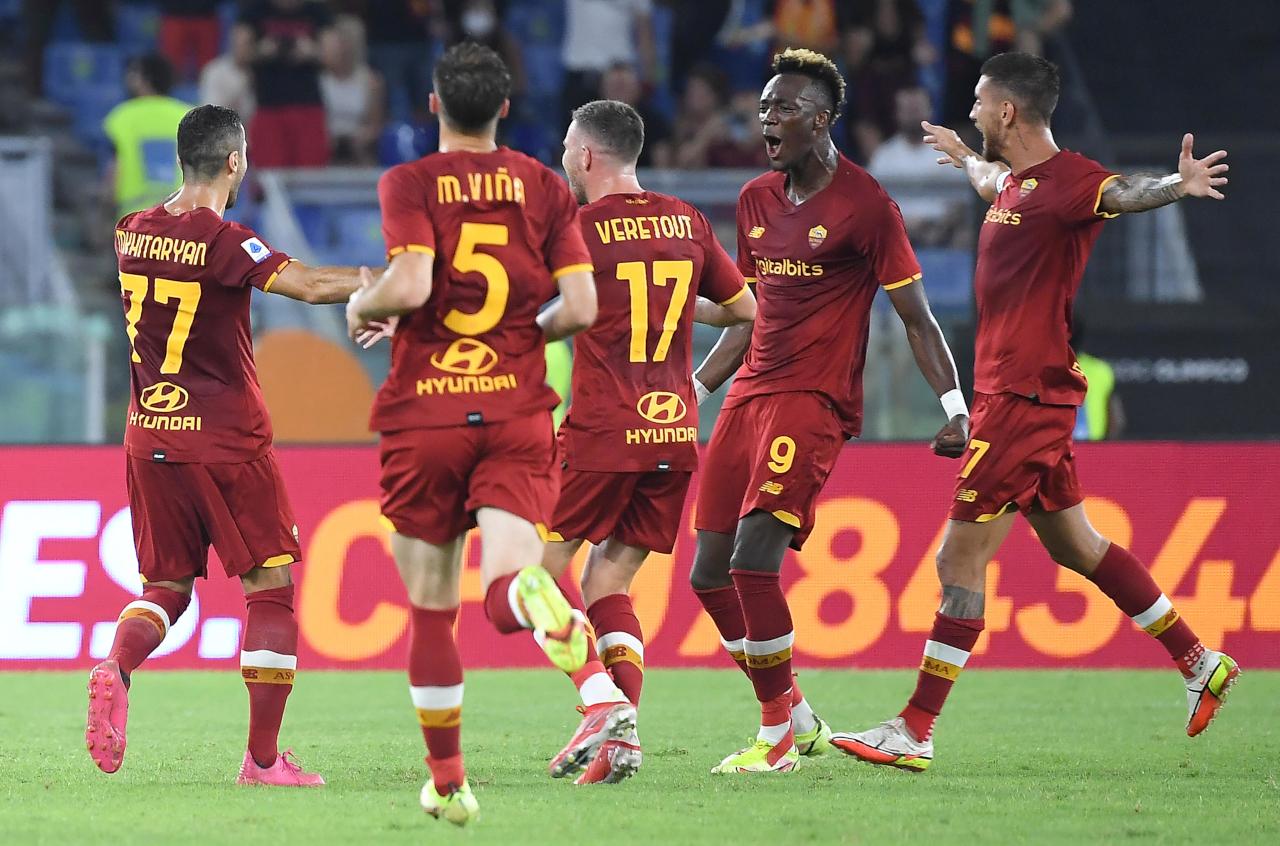 Tammy Abraham made a sensational Roma debut with two assists in a 3-1 win over 10-man Fiorentina, but Bartlomiej Dragowski and Nicolò Zaniolo were sent off.

The Giallorossi already impressed in Thursday’s 2-1 UEFA Europa Conference League win away to Trabzonspor and Jose Mourinho made few changes, still missing Chris Smalling and Leonardo Spinazzola, with Abraham making his debut. Fiorentina were also brimming with confidence under new boss Vincenzo Italiano, having crushed Cosenza 4-0 in the Coppa Italia and clinging to Dusan Vlahovic.

The visitors had started strong with some dangerous crosses, but Bartlomiej Dragowski came flying out and clumsily tried to tackle Abraham outside the penalty area, prompting a straight red card just 17 minutes in. The contact was perhaps minimal, but the goalkeeper put himself in an entirely avoidable position.

Soon after, Abraham rolled in a ball for Henrikh Mkhitaryan to turn in from 12 yards and it was initially flagged offside. After a very long wait for the VAR check, he was shown to be just level and the goal was given.

Nicolò Zaniolo shrugged off a defender and unleashed a rocket to sting substitute goalkeeper Pietro Terracciano’s gloves, while Giacomo Bonaventura tested Rui Patricio from close range after getting away from Matias Vina.

Nonetheless, it was difficult to tell Fiorentina were down to 10 men, as they continued to attack and cause problems.

That was evident when Zaniolo received his second yellow card, both of them for fouls on the lively Nico Gonzalez, so Roma were also down to 10 men.

Gonzalez flicked on a cross for Dusan Vlahovic to test Rui Patricio with a slightly scuffed finish on the turn, but Fiorentina got their deserved equaliser when Erick Pulgar floated a cross to the back post, where Nikola Milenkovic had a wonderful first touch to control and score.

It was wide open, Abraham’s header thumping the crossbar on Lorenzo Pellegrini’s cross, then moments later the England man was flagged offside when running onto Mkhitaryan’s ball, rolling it across for Jordan Veretout to fire in at the far stick. However, again, VAR ruled he was level and the goal stood for Abraham’s second assist on his debut.

Veretout also completed a brace against his former club, but much of the credit goes to Eldor Shomurodov, who robbed Gaetano Castrovilli and immediately placed a disguised slide-rule pass through for the ex-Fiorentina midfielder.

Shomurodov almost got a fourth himself, sent through by Carles Perez, but Pietro Terracciano was alert one-on-one.