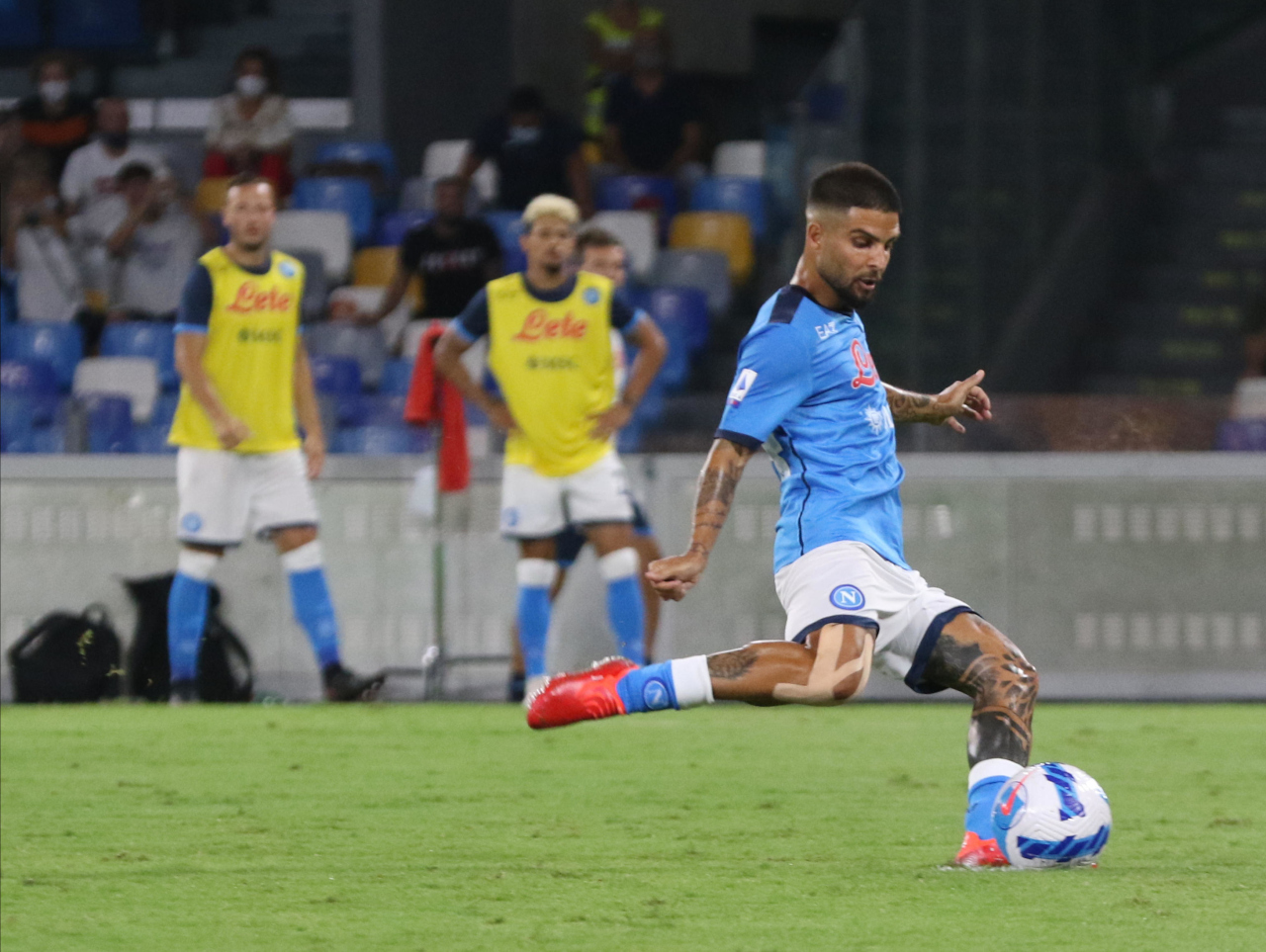 Napoli fought their way to a 2-0 win over Venezia, despite Victor Osimhen’s early red card and Lorenzo Insigne missing one of his two penalties.

Matteo Politano flung himself at a Lorenzo Insigne cross to the back post, bringing a great save from Niki Maenpaa’s legs.

Victor Osimhen twice harassed the Venezia goalkeeper and defence into early errors with his pressing, but was a bit too aggressive when shoving Daan Heymans as they tussled on a corner and the referee opted for a straight red card, considering it to be a punch.

There was even more trouble for the hosts, as Piotr Zielinski pulled up by himself with a suspected thigh strain.

Cristian Molinaro’s cross almost created a Venezia opener, but both Dennis Johnsen and Tyronne Ebuehi flung themselves at it a fraction too late.

Napoli thought they’d found the breakthrough when Mattia Caldara clumsily used his arm to block a Mario Rui cross in the box. Insigne stepped up, but tried to lob his penalty into the far top corner, missing the target entirely.

However, just four minutes later, Pietro Ceccaroni did exactly the same thing, using his arm to charge down the Giovanni Di Lorenzo cross in the area and this time Insigne kept it simple, sending Maenpaa the wrong way.

Venezia came so close to an equaliser and really should’ve found the net, but Francesco Forte smacked his finish against the upright from a Johnsen pull-back.

Moments later, Napoli doubled their lead with a well-worked move between Hirving Lozano and Insigne, but Ceccaroni’s interception only went as far as Eljif Elmas, who had been following the attack.

Forte couldn’t make the most of another opportunity created by Molinaro, as Kalidou Koulibaly made the decisive sliding tackle.