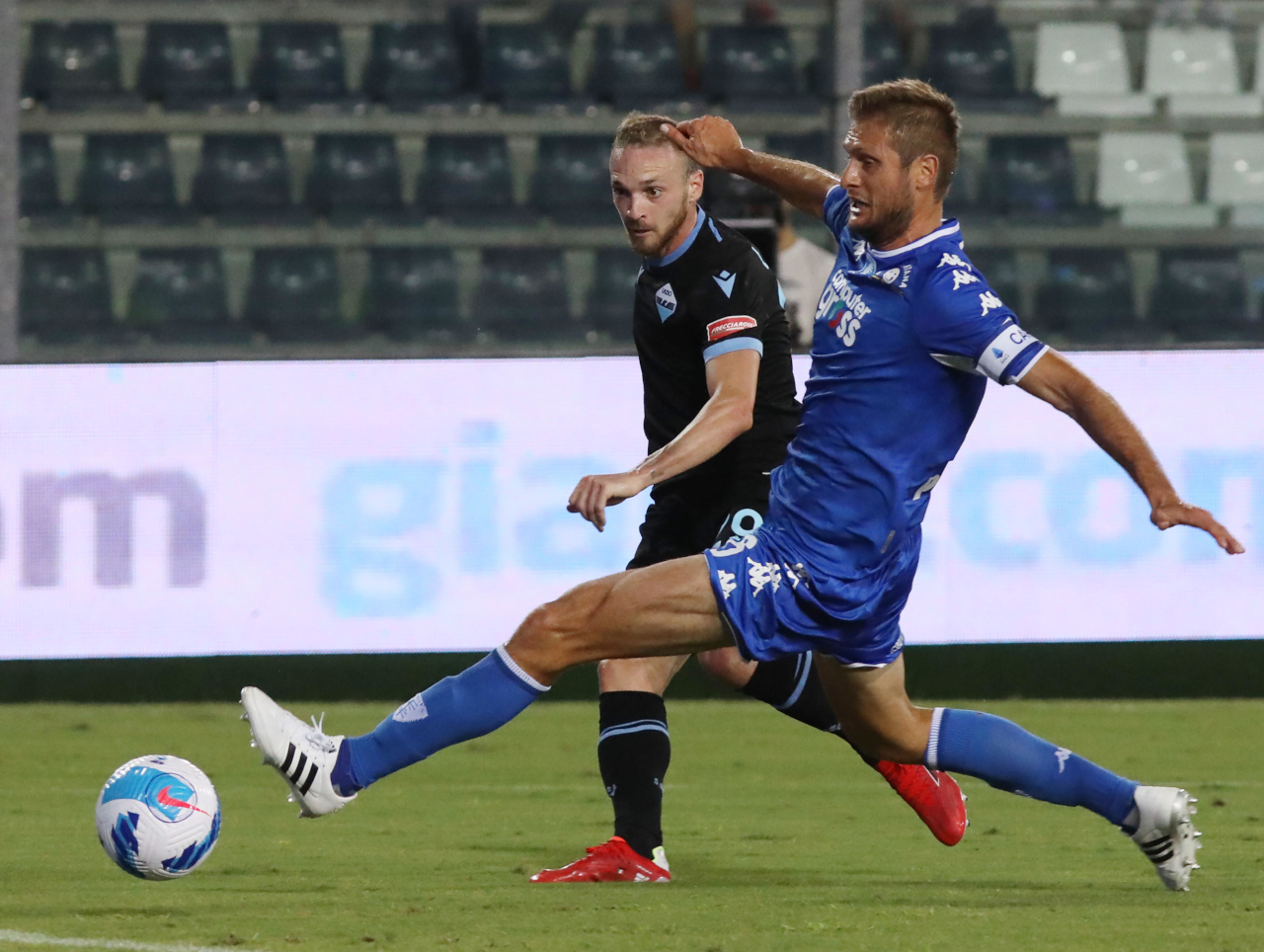 Maurizio Sarri’s Lazio fought back from a shock start to beat Empoli 3-1 with an inspired Sergej Milinkovic-Savic, but were twice rescued by the woodwork and a goal-line clearance.

Sarri made his competitive debut on the Lazio bench and did so at the Stadio Castellani, where he first entered into Serie A. Pedro was thrown straight into the starting XI after his surprise switch from Roma, with Joaquin Correa in the stands due to transfer speculation, with Luis Alberto dropped. Patrick Cutrone got his first start for Empoli.

It was a shock start at the Castellani, as within four minutes the hosts had gone in front with a classic counter-attack. Nedim Bajrami got away from midfielders and spread the play for Filippo Bandinelli, who smashed his left-foot finish across Pepe Reina from the edge of the area.

It didn’t last long, as moments later Empoli gave away a cheap corner, from which Pedro and Felipe Anderson combined to hook it back for Sergej Milinkovic-Savic’s header.

This was a wide-open match and Leonardo Mancuso’s lob was just wide after Reina came flying out to meet him on a smart Petar Stojanovic ball over the top.

Bandinelli almost completed a brace, his strike clipping the outside of the upright from the edge of the box.

However, it was Lazio who turned the game around completely when Milinkovic-Savic’s inspired through ball sent Manuel Lazzari clear to beat the goalkeeper one-on-one.

Guglielmo Vicario was at fault when clattering into Francesco Acerbi, who had pounced on a poor clearance and clearly got the ball first. Immobile stepped up and converted, sending Vicario the wrong way.

Luis Alberto came on for the restart, but Empoli had a huge double chance to get back into the match. Reina parried Bandinelli’s effort one-on-one and Luiz Felipe cleared the Bajrami follow-up off the line of an open goal.

Vicario also made up for earlier errors by rushing off his line to stop Luis Alberto tapping in the Milinkovic-Savic dinked pass.

Empoli poured forward for the final stages, but Lazio defended in numbers and were rescued by the crossbar on a Bajrami scorcher.