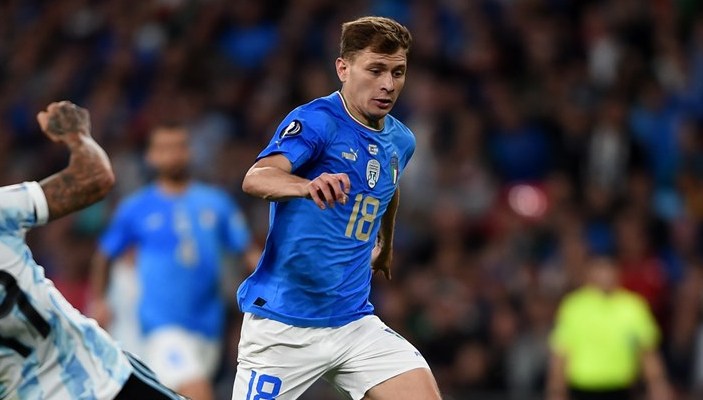 Italy continue to experiment with the 3-4-3 formation against Marko Arnautovic’s Austria, with the likes of Gianluigi Donnarumma, Nicolò Barella and Matteo Politano stepping in.

It kicks off at the Ernst Happel Stadion in Vienna at 19.45 GMT.

You can follow all the build-up and action as it happens from this international friendly on the LIVEBLOG.

The Azzurri already won 3-1 away to Albania on Wednesday and this will be their final match of 2022.

Roberto Mancini lost yet more players to injury over the last few days, including Sandro Tonali, so Marco Verratti and Inter star Barella form the midfield.

Vincenzo Grifo is confirmed after his brace in Tirana, with Napoli’s Politano and Giacomo Raspadori completing the trident.

Leonardo Bonucci is joined by Francesco Acerbi and Federico Gatti.

There are two Austria players who work in Serie A at Bologna, striker Arnautovic and defender Stefan Posch, while their coach is former Manchester United manager and almost Milan boss Ralf Rangnick.