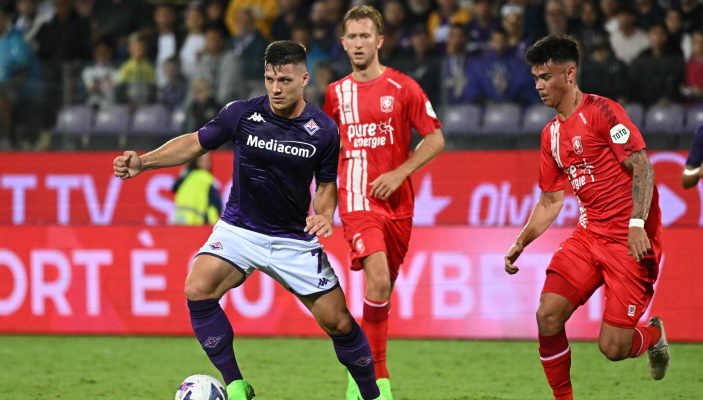 Both these sides are struggling in Serie A this season, although most Lecce vs. Fiorentina predictions will have the away side coming out on top. That might be a tougher task than it seems, however, as La Viola have a potentially tiring European fixture in midweek.

Lecce continue to battle hard in Serie A this season but, as expected, have found it difficult to get going with just one win in nine games now. The defeat away at Roma was easy to predict but there had been hope of a more positive result after some good performances.

The Salentini gave the home side a good game at the Stadio Olimpico and now head coach Marco Baroni will be hoping that his players can use their home field advantage here to pick up three valuable points.

A draw seems more likely though, with Lecce managing four already this season – and only losing to Inter at home. A point might not feel like a good result, but it could go a long way to helping the home side stay up this season.

It is not as if Fiorentina have been overwhelming opponents this season either. Vincenzo Italiano pointed to the number of shots his side had against Lazio last week as a positive. But with none of them actually going in – and the Roman club managing four of their own – there does seem to be a problem.

Only bottom-placed Sampdoria have scored fewer than Fiorentina this season and new signing Luka Jović has been a major disappointment. Now would be the time to start finding the net before La Viola drop further down the table.

But up against a spirited Lecce side away from home, Fiorentina may have to settle for a point to take back on the long journey home. Things don’t seem to be clicking right now and it is difficult to see that changing after a Europa Conference League game on Thursday.

How to stream Lecce vs. Fiorentina

All Serie A games – including Lecce vs. Fiorentina – can be live streamed on the bet365 website. Customer account holders just need to have an account or have placed a bet in the 24 hours before kick off.

Marco Baroni will have to do without his captain, Morten Hjulmand, who was somewhat harshly sent off last week against Roma. Alexis Blin should come in to replace him, but it will be Gabriel Strefezza who is expected to provide the goals for the home side on Monday.

Vincenzo Italiano will need to replace influential midfielder Sofyan Amrabat, who is suspended for this one after picking up too many yellow cards. He may look to Youssef Maleh once again there. Luka Jović may be given another chance to score the goals he was brought in for – but Arthur Cabral will be pushing for inclusion too.