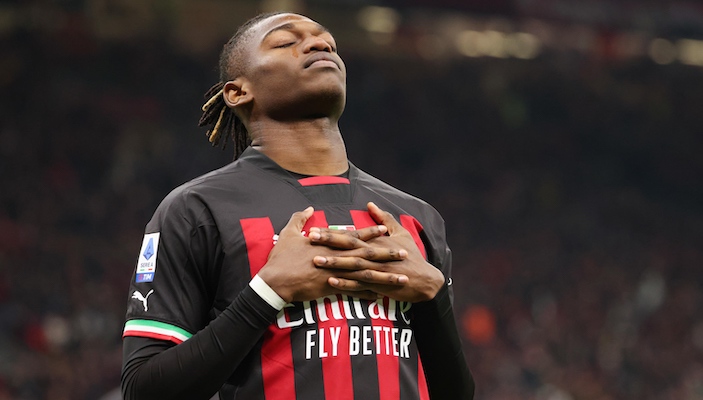 Rafael Leao was relaxed when discussing a possible contract renewal with Milan, confirming that new talks would be held after the World Cup in Qatar.

The 23-year-old Portuguese forward only has around 18 months left on his contract with the Rossoneri and his future has been one of the hottest topics in the Lombardy capital in recent months, with the club desperate to tie him down to a new deal. Leao is currently fighting for the World Cup with his national team, but that hasn’t stopped the transfer noise surrounding him.

“I’m happy, proud, now I have to concentrate on the World Cup, then I will talk to Milan as soon as I arrive.

“Do I want to sign the contract? Even before arriving in the national team we had a meeting with Maldini, it was positive, so when I arrive in Milan we will talk.”

Milan still need to find an agreement with Leao for a new deal, having to resolve multiple issues. The first of these is the €19m the Portuguese forward owes to Sporting after unilaterally terminating his contract in 2018, and the second is the demands of his entourage.

The Rossoneri have offered a deal worth around €6m net per season, but his agent Jorge Mendes and his lawyer Ted Dimvula both want higher figures.