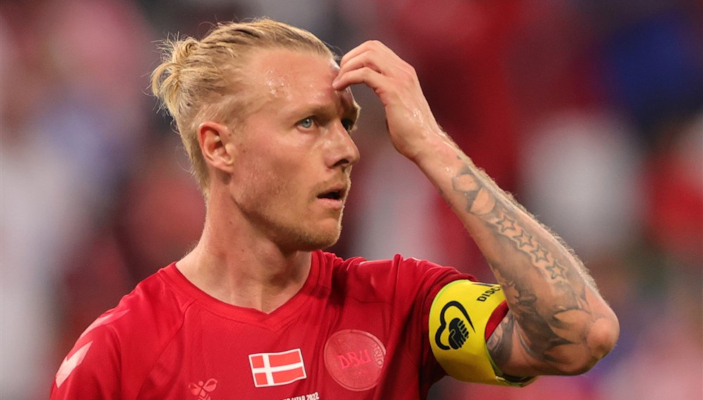 The Denmark captain didn’t play for his national team in their 2-1 loss against France on Saturday as he was not fully fit.

“I’m not ok, I wasn’t ready to play 90 minutes against France and our coach made the right decision, I was not able to help,” he told Gazzetta.

On Saturday, Denmark faced Kjear’s Milan teammates Theo Hernandez and Olivier Giroud, but the France striker didn’t score, missing the first chance to become the most prolific scorer in the history of Les Blues.

“I congratulated him [Giroud] for his 51st goal [against Australia], an enormous number and I asked him to score one more in the next match, so he’ll help us to qualify.”

Denmark need a win against Australia on Wednesday to qualify for the Round of 16, while France have already won Grou D with a game to spare.

Will Giroud remain at Milan next season, given that his contract runs out this coming June?

“We’ve never talked about it, but I think he will remain with us next season,” said Kjaer.

“He is fantastic, a great player. I don’t see many like him in his role. He has physical strength, pace, and a great foot. He does many things on the pitch.

“I don’t know where he will be in five years, but I am curious to find out. I want to see who he will play for. I hope he will still be with us.”

“Honestly, he is incredible,” admitted Kjaer.

“He is a phenomenon and has a team working for him. Everyone runs so he can take a break sometimes. He can always hurt, I’ve never seen his pace in any other player in my career.”

Kjaer joined Milan in January 2020 and has played 81 games with the Rossoneri, scoring one goal.