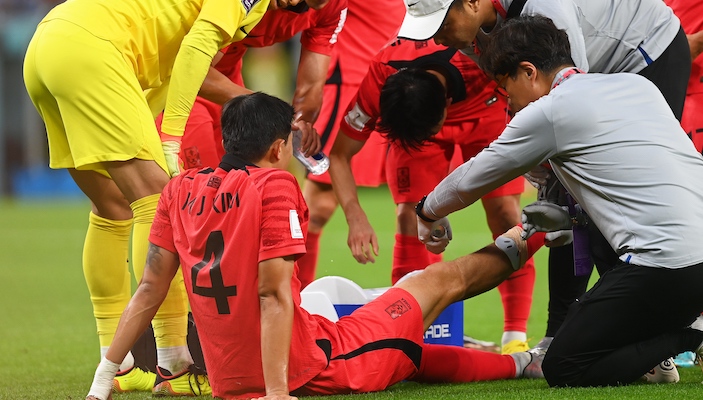 Napoli defender Kim Min-jae assures he will be in the starting XI when South Korea face Brazil at the World Cup, ‘even if I get a more serious injury doing it.’

His team secured a spot in the Round of 16 after their last-gasp victory over Portugal, eliminating both Uruguay and Ghana simultaneously.

However, Kim Min-jae was not on the field in that match due to a calf injury he sustained earlier in the group phase.

He remains in doubt for the knockout clash with Brazil on Monday at 19.00 GMT, but not in his own mind.

“I was sad not to be on the pitch against Portugal and it’s hard to watch from the bench, but the injury meant I was not at 100 per cent and in such an important match, we decided it was best not to risk it,” Kim Min-jae told reporters in the mixed zone.

“I want to do everything possible to play against Brazil, even if I get a more serious injury doing it.”

That is not something that Napoli want to hear, considering their Serie A season resumes with a Scudetto showdown against Inter on January 3.

They are also in the Champions League Round of 16 and don’t want to see the former Fenerbahce centre-back ruled out by an injury sustained at the World Cup.