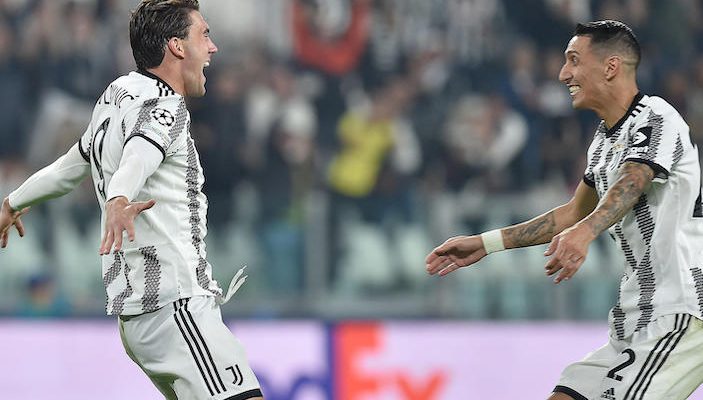 Dusan Vlahovic was positive after Juventus’ important 3-1 Champions League win over Maccabi Haifa but suggested that he ‘could’ve done more’.

The Bianconeri picked up an important three points in Europe last night thanks to a brace from Adrien Rabiot and a second half goal from the Serbian striker, finally putting some points on the board in Group H. Juventus’ win still leaves them third in the group, four points behind both Paris Saint-Germain and Benfica, who drew 1-1 in Portugal yesterday.

Speaking to Sky Sports Italia, Vlahovic first discussed Juventus’ drop in the latter stages of their win over Maccabi Haifa.

“It’s difficult to explain, we came into the match bad and concentrated. I’ll start from myself and say that I could’ve done more with the balls they put in, I could’ve done better and I’m not satisfied.

“The important thing was to win and we must continue to work with our heads down and in silence.”

The 22-year-old touched on the importance of his goal in the match, both for the team and him personally.

“For sure, strikers live for goals, it’s the most important thing for us but I’m focused on the team’s victory and if I can help well, the rest comes as a consequence.

“If I don’t do things without focus I have to be calmer and more focused, I should have taken better advantage of the chances we had but now we’re thinking about Saturday and working in silence.”

“I’m honoured to play with him, to see him of all people, to be able to learn with him, I would like to take advantage of as many moments as possible with him on the pitch.”

The 22-year-old Vlahovic has now scored six goals and provided one assist in 10 matches across all competitions, being one of the few bright spots in a sluggish Juventus side.