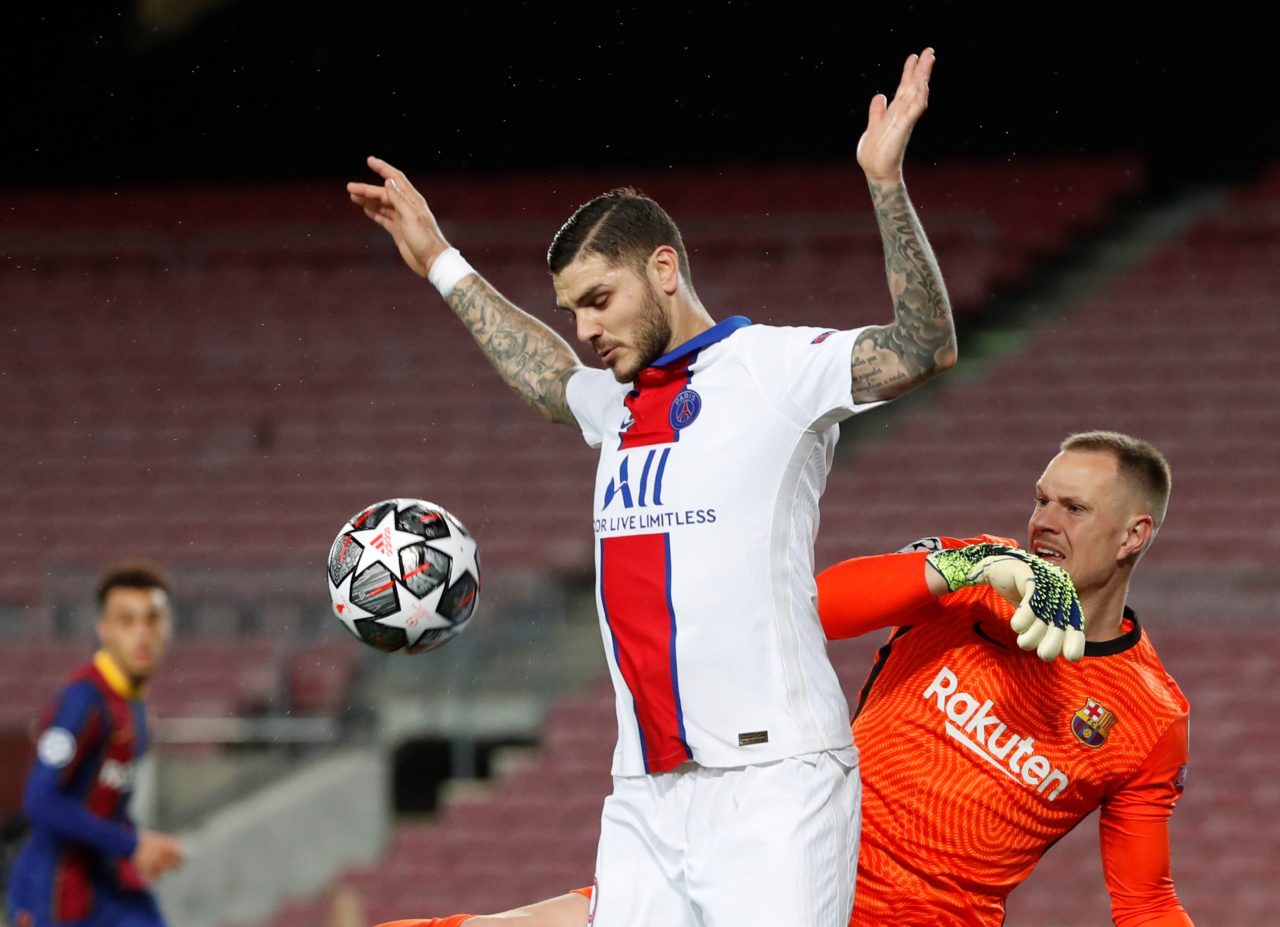 Paris Saint-Germain striker and current Juventus transfer target Mauro Icardi has reportedly been accused of money-laundering in Argentina along with his wife and agent Wanda Nara.

Olé report that the couple had a formal complaint made against them following the investigation by Fernando Miguez, head of the Independent Association of Public Good.

It is based around a company they co-own called Work Marketing Football SRL.

According to Argentine newspaper Olé, the money funnelled through the company was used to avoid paying international taxes on their earnings, both for Icardi’s sporting career and Wanda’s fashion and cosmetics lines.

Wanda Nara has been Icardi’s wife since 2014, having previously been married to his then-Sampdoria teammate Maxi Lopez.

Last month the pair was consistently in the headlines as they played out their potential divorce through social media, only for a similarly-public reconciliation on Instagram.

The former Inter centre-forward has been at PSG since 2019 and in recent days was linked with a possible return to Serie A for Juventus in the January transfer window.