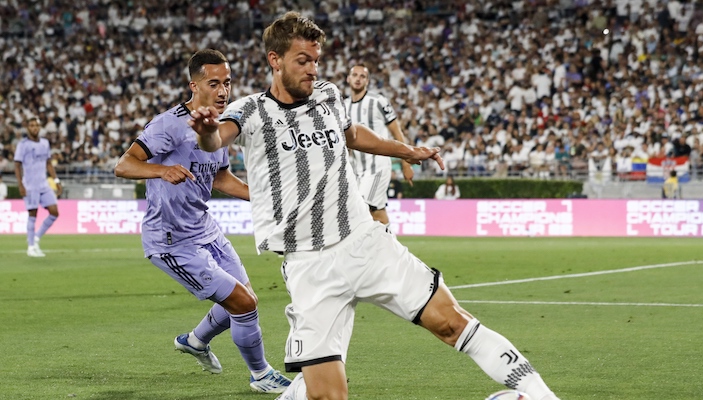 La Gazzetta dello Sport details how the 28-year-old Italian centre back’s house was broken into three weeks ago following a Juventus match. His partner Persico was home with their two-year-old son whilst Rugani was asleep at the Juventus training centre with the rest of the squad.

Recounting the incident to the media, Persico recalled how “around 3am I heard the front door open. Immediately I thought it was a surprise from Daniele. But a few moments later I realised it wasn’t him and that someone had broken into the living room and was moving some objects.

“Three weeks ago the first night of fear, then a new case in recent days. Now we can’t stay there anymore and we are looking for a new house.”

In the first incident, Persico managed to make the robbers flee by turning on the lights, but they clearly didn’t give up. Following Juventus’ win over Hellas Verona, another break-in was attempted, but this time they failed to pick the lock. Rugani and Persico are now searching for a new place to live.

Multiple Serie A footballers have been targeted by thieves this season, with victims ranging from Juventus’ Angel Di Maria to Milan’s Theo Hernandez.