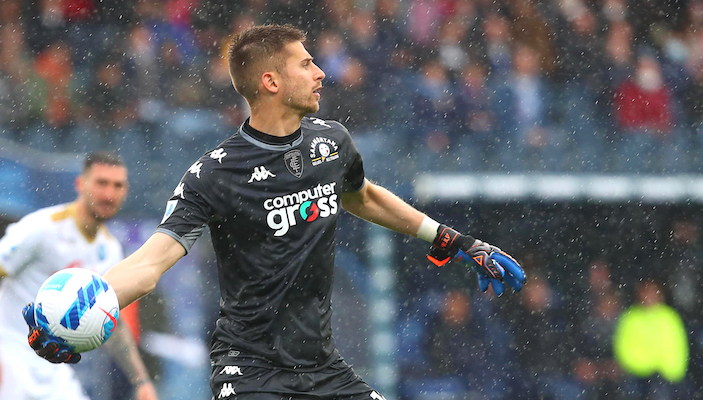 Juventus are looking to beat out their competition for Empoli goalkeeper Guglielmo Vicario and are ready to make a move in January, reports detail.

The 26-year-old Italian goalkeeper joined the Tuscan side on loan last year and immediately impressed between the sticks, averaging 3.95 saves per 90 minutes. His move was made permanent in the summer and Vicario has continued to do well, being one of the best shot stoppers in the league.

As detailed by La Gazzetta dello Sport, Juventus are planning to make a move for Vicario in the upcoming January transfer window, with the current idea being to sign him and leave him at Empoli on loan until the summer.

Bianconeri sporting director Federico Cherubini is keen to beat out other interested clubs like Roma and Tottenham and so is ready to make the move.

The 26-year-old Vicario has made 15 Serie A appearances this season, keeping five clean sheets and conceding 19 goals in that time.