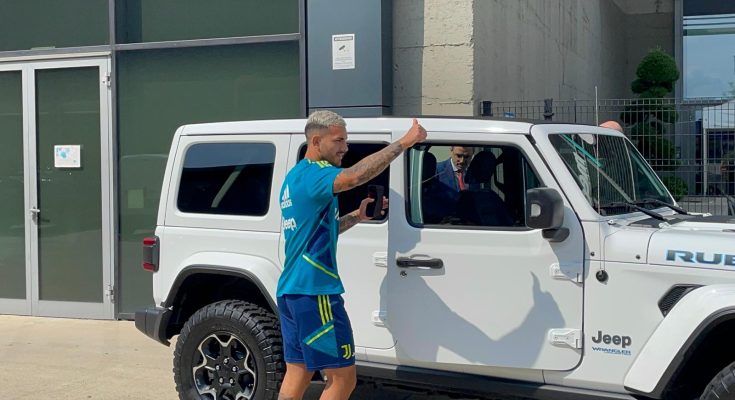 Juventus midfielder Leandro Paredes says joining the Old Lady was ‘a dream’, but refuses to talk about his former teammate Kylian Mbappé: ‘I didn’t have a relationship with him.’

The 28-year-old spoke to ESPN Argentina ahead of tonight’s friendly against Jamaica in New York.

Paredes joined Juventus from PSG on loan with an obligation to buy on the deadline day and has been one of the regular starters in Turin since his return to Serie A.

“Changing team before the World Cup was a strong decision, but I think it was the right one,” said the ex-Empoli and Roma midfielder.

“The important thing is to play consistently in a top club like Juventus. It was one of my dreams to play for this club.”

Paredes is planning to end his career at his former club Boca but is still not considering returning to Argentina.

“There is no date to come back. I have a long contract with my club, but I said when I left that my dream was to return one day and end my career at Boca,” he said.

The Juventus midfielder played with Neymar, Kylian Mbappé and his compatriot Leo Messi in Paris, but doesn’t seem to have built a connection with the France World Cup winner.

Paredes joined the Ligue 1 giants in a €40m deal from Zenit in 2019 and spent three seasons at the Parc des Princes before this summer’s move to Juventus.

Juventus have an obligation to make his move permanent next season for €22.6m plus potential €3m add-ons during his stay at the club.