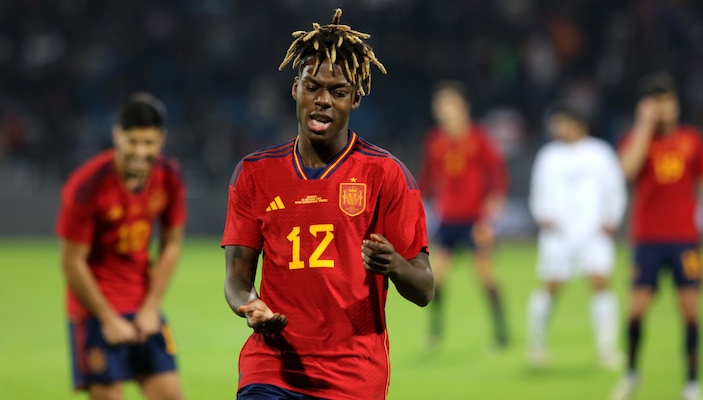 Reports from Spain suggest that Juventus are keeping a close eye on Athletic Club’s Nico Williams ahead of a possible move.

The 20-year-old Spanish winger, who is the younger brother of Athletic Club fan favourite Iñaki Williams, is part of Luis Enrique’s squad at the World Cup in Qatar, appearing in both games against Costa Rica and Germany. Williams is showing his abilities on the world stage and Juventus have clearly taken note.

As reported by Spanish outlet AS, Juventus are closely following Williams’ work with both Athletic Club and Spain as they consider a possible future move for the 20-year-old.

The Spanish winger’s contract expires with Athletic Club in June 2024, making a deal fairly accessible for the Bianconeri. It’s unclear if he’ll pen a new contract with the club or not at this stage.

The 20-year-old Williams has made 15 appearances across all competitions this season for the Bilbao outfit, scoring four goals and providing four assists in that time.