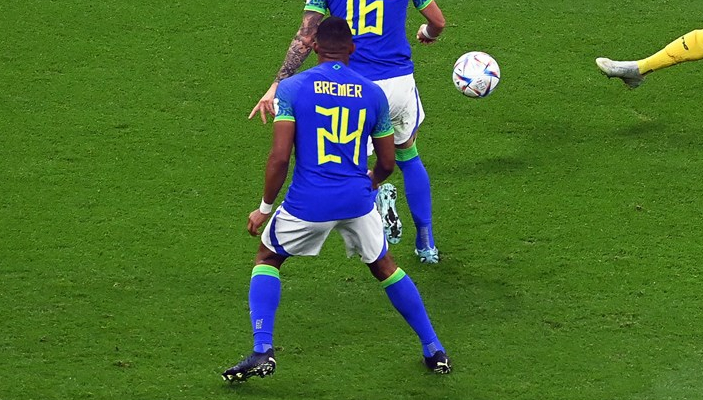 Juventus defender Gleison Bremer has broken a homophobic taboo for Brazil by taking the Number 24 jersey and he did it in Qatar, where LGBTQI+ rights are illegal.

The centre-back was given the Number 24 jersey in the World Cup squad and, unlike in the past, he did not reject it or ask to wear a different shirt.

This number has long been associated with homosexuality in Brazil and nobody was assigned 24 in the Copa America last year, the only team in the entire tournament without a 24.

The number 24 took on this meaning due to Brazil’s illegal gambling game Jogo do Bicho and the animals associated with each number, in this case the deer (veado, which is very close to a Brazilian homophobic slur).

Bremer became the first ever Brazil player to wear the Number 24 shirt at a World Cup when he played in the 1-0 defeat to Cameroon.

The fact he did that in Qatar, a country where federations have seen use of any rainbow symbols banned due to the fact homosexuality is illegal there, takes on added meaning.

“For me, it is a shirt like any other, the important thing is to be at the World Cup. The number doesn’t matter,” assured Bremer.