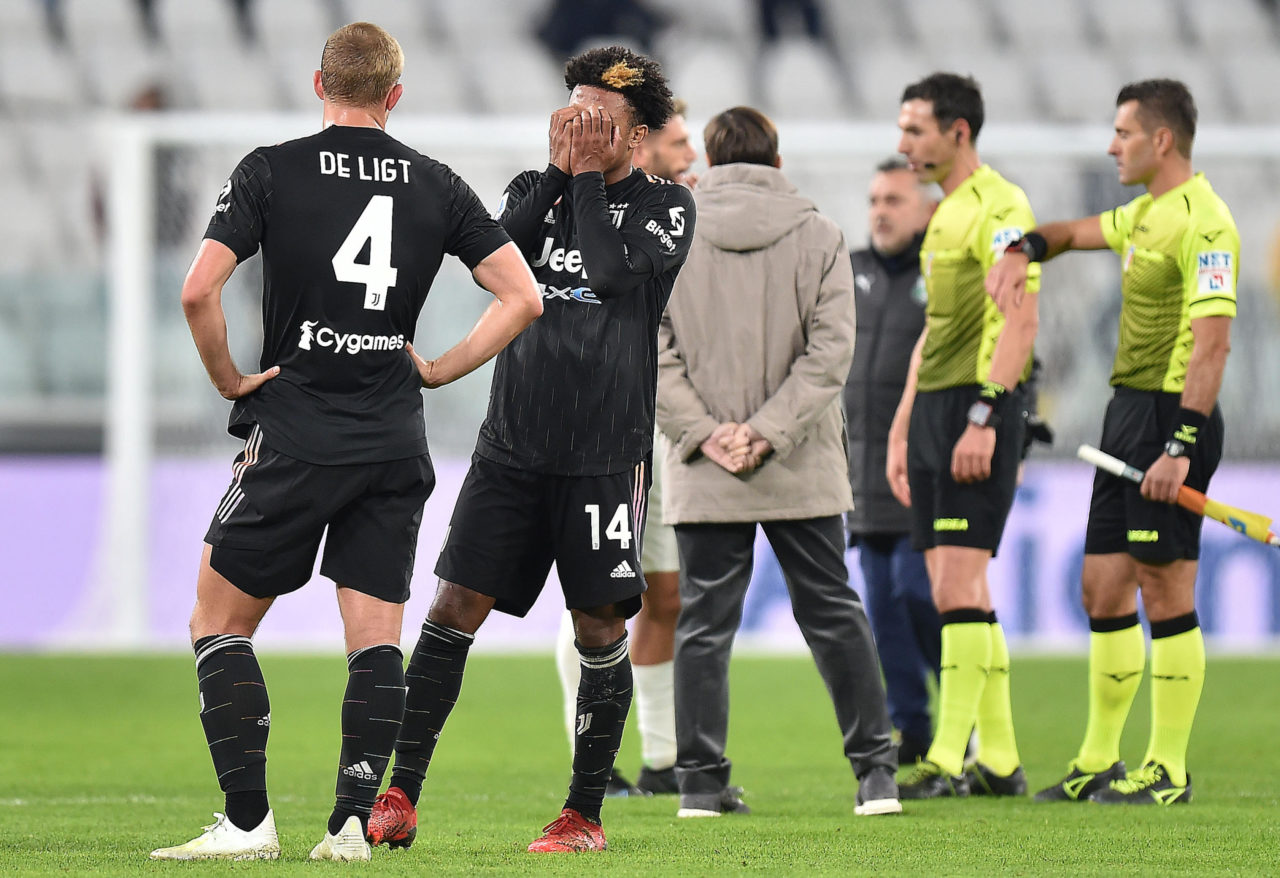 Juventus suffered their second defeat at home this season, meaning their title hopes could be over already, writes Lorenzo Bettoni at the Allianz Stadium.

When Domenico Berardi saw Maxime Lopez alone on the left in the 95th minute, just two Juventus players were defending their own half.

The Frenchman got the ball and went straight for the goal, beating Mattia Perin with a lovely chip finish. At that moment, Juventus’ title hopes may have vanished.

The Bianconeri had already lost at home against Empoli on matchday 2, and before that game, they had only suffered 15 defeats at the Allianz Stadium, but in the previous ten years.

Seeing Juventus fall twice at home in two months is not a familiar sight. But there are many things about Massimiliano Allegri’s side that are pretty uncommon. Even the Tuscan tactician struggles to recognise his team.

“Juventus never suffered a goal in the 95th minute and it should never happen again,” Allegri said after Juventus loss tonight.

“We were too frenetic even if the momentum was on our side after the draw.”

A Weston McKennie goal was not enough for the Serie A giants to pick up a draw against a Sassuolo side that had only won one game at home before the Allianz Stadium clash.

Alessio Dionisi said the win ‘may go beyond their merits’ although his side ‘reaped the reward for their previous performances.’ All in all, they deserved to win in Turin.

Despite a nine-game unbeaten streak, which included a 1-0 win over Chelsea and draws against Inter and Milan, Juventus never seemed to be the team that dominated the last ten years in Italy.

Most importantly, those results didn’t help them get any closer to Napoli or Milan on top of the Serie A table, making their title-winning task very complicated despite being only in October.

Allegri didn’t even know what to reply when asked what is Juventus’ target this season.

“We must work on our mistakes, we can’t concede goals on counter-attacks. One point would have been important,” he said.

“It makes no sense to talk about objectives, we can’t look at the table now.”

His Juventus side has many structural issues and, against Sassuolo, they showed all of them.

Their midfielders’ quality is nowhere near those of the top European clubs and it’s not even good enough to win in Italy anymore.

They don’t have a top-class striker, which could be one of the reasons why they’ve scored more than one goal only in four games this season.

So far in 2021-22, they never won a match by two goals, which also says a lot about their game management. Every time they concede against any opponent, not just the top sides, it’s hard for them to win.

It happened against Inter on Sunday and they were lucky to get away with one point with a late penalty kick. They conceded two tonight, capitulating at home again.

Massimiliano Allegri already had a terrible start to the season at Juventus. It was back in 2015 when, after an away defeat at Sassuolo (again!), they found themselves 11 points off table leaders Roma. That season, they managed 25 wins in a row with a team that had reached the Champions League Final only a few months earlier.

Juventus don’t have that same quality now, but there is one more problem for Allegri. Even if the Tuscan manages to turn things around and get some wins in a row, their opponents may not allow them to go back into the title race.