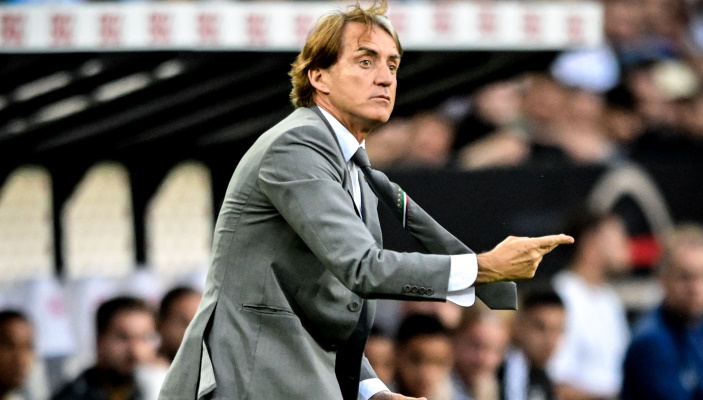 It’s a replay of the 2020 European Championships Final on Friday, with Italy vs. England predictions tough to call. Things have gone from bad to worse for last year’s champions since their victory whilst Gareth Southgate’s side have also looked short of inspiration in recent games.

England look for their first win in five games as they travel to face Italy at the San Siro on Friday evening. The Three Lions will be hoping to build up some momentum ahead of the upcoming World Cup but sit bottom of their Nations League group after four games played.

The Azzurri are doing marginally better having won one of their opening rounds but are undergoing a period of transition having failed to qualify for the World Cup for a successive campaign. Roberto Mancini’s side may not have the superstars of the past, but boast a highly capable midfield and a number of exciting young forwards that could get a run out on Friday.

Likewise, the visitors have plenty of potential in their squad with the likes of Jude Bellingham tipped to start at the San Siro. Following four games without a win, Southgate may look to ditch his four-man defence experiment, returning to a back three which could see the likes of Fikayo Tomori or Marc Guehi start in defence.

With the last two encounters between the sides ending in a stalemate after 90 minutes, a wager on the same result on Friday could well pay off. However, fans will be hoping that unlike the last meeting, there will be some goals at the San Siro with both teams expected to field an attacking line-up. A bet on both teams to score in an attempt to appease a restless crowd would make for a solid wager.

England have struggled for goals as of late, with none in open play in their last four matches. That having been said, that round took place at the end of a long season with a far more effective attacking unit expected to arrive in Milan this week. A punt on the visitors to score the opening goal, with Kane the most likely source may well pay off.

Of course, Italy should not be underestimated. As England fans know only too well, the Azzurri will fight throughout the 90 minutes with the likes of Gianluca Scamacca and Giacomo Raspadori more than capable of coming off the bench to make a difference. The latter is our tip to score the final goal of the game.

How to stream Italy vs. England

Watch Italy vs. England live on Friday evening on Channel 4 or through a funded bet365 account.

Roberto Mancini has named a youthful squad for Italy’s Nations League fixtures with Italy undergoing a changing of the guard. The manager may opt for a few old faces with Leonardo Bonucci and Ciro Immobile tipped to start, although the likes of Gianluca Scamacca and Giacomo Raspadori are very much in contention.

Gareth Southgate has called up both Tammy Abraham and Ivan Toney for Friday’s match although captain Harry Kane is likely to be given the nod. In defence, Fikayo Tomori will compete with Eric Dier and Marc Guehi for a spot in the back three with Harry Maguire and John Stones likely to start.