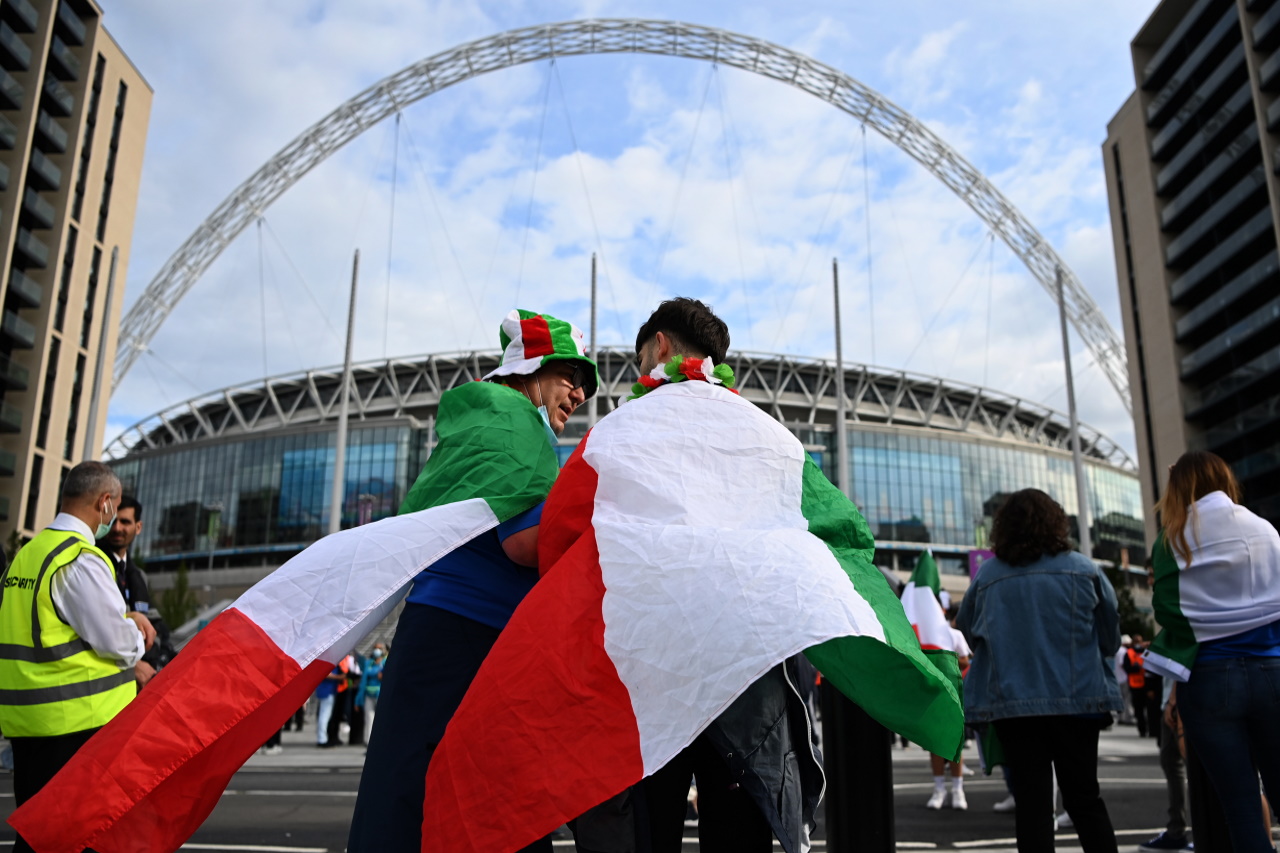 Italy return to Wembley on June 1 to play Argentina in the Finalissima, a year after winning Euro 2020 at the home of English football. As Giancarlo Rinaldi recaps, it has long been a happy hunting ground for the Azzurri…

Watch Italy vs. Argentina in the Finalissima exclusively in the UK and Ireland on Premier Sports. Click here to sign-up now for only £9.99 a month and get live coverage of Italy in the Nations League in June.

Some places will always make you smile. We all have those special venues which are charged with memories so sweet they have the power to illuminate a beaming grin from ear to ear. Wembley Stadium is just such a spot for the Italian national team.

It’s a story which goes back more than 60 years to the first time the Azzurri ever managed to come to England and do anything other than suffer defeat. But the most recent memories are probably the most pleasing to those who hold the Azzurri dear. We all know what they did last summer.

Make no mistake, winning the Euro 2020 final against the Three Lions in their own den was an achievement for the ages. That it came about despite going a goal behind and via the drama of penalty kicks only made it more epic. It might not have been their greatest performance in the tournament but it was a team at the peak of its powers of resolve, character and quality. Those boys in blue who kept their cool from the penalty spot where their opposite numbers could not will forever live in the memory.

If you know your Calcio history, you will know they were in decent company when it comes to silencing one of the temples of the game. Back in 1997, when football was early in the process of “coming home”, it was little Gianfranco Zola who gave Italy victory in a World Cup qualifier. It was something of a sweat to hold on but Paolo Maldini and company enjoyed a memorable single goal victory.

Those of even greater vintage will wax lyrical about another one strike triumph that gave the Azzurri their first victory on English soil, back in 1973. Waiters from the capital’s Italian restaurants skipped home through the city’s streets thanks to a goal from none other than Fabio Capello, the future England manager. Only a friendly, perhaps, but clashes between two of the sport’s major nations are never entirely devoid of spice and significance. The success was celebrated in some style and is still a game that the wily old coach gets asked about from time to time. Winning goals at Wembley are not something anyone tends to forget.

It has not been all sweetness and light but last year saw the London landmark become a home from home for Roberto Mancini’s men. Having started so well in their group stage it put them on course to play the majority of their knockout games in England – and it suited them down to the ground. It was there that they edged past Austria in a nerve–wracking clash which was decided in extra–time. And it was even more tense against Spain with penalty kicks required to emerge victorious from a truly enthralling semi–final. Then there was the little matter of the final itself.

What a game that was. It only seems more poignant with what has happened since and the champions of Europe’s failure to qualify for the World Cup. Looking back, it feels like a perfect moment when there was just enough belief, determination and quality in a squad to overcome whatever was thrown in its path. Many players might have gone off the boil after that but at that time they were able to give of their best.

Once again they showed that in the face of adversity – and a home crowd which expected to see its team lift the trophy – they were able to dig deeper than most to get a result. They never lost faith after slipping behind and had the resolve to haul themselves back into the tie. Then, when it came to penalty kicks, they showed they had just enough calm and concentration to get themselves over the line. Add another chapter to the book of epic victories.

When Italy come to Wembley, history tells us, it is never anything other than a gripping affair. There is usually drama, spectacle, controversy and an element of the epic about any encounter that they play there. La Finalissima will have plenty to live up to in that regard but the Azzurri should feel more than comfortable in their surroundings after so many delightful moments in the past.

Watch Italy vs. Argentina in the Finalissima exclusively in the UK and Ireland on Premier Sports. Click here to sign-up now for only £9.99 a month and get live coverage of Italy in the Nations League in June.

3 Comments on “Italy return to wonderful Wembley for Finalissima”