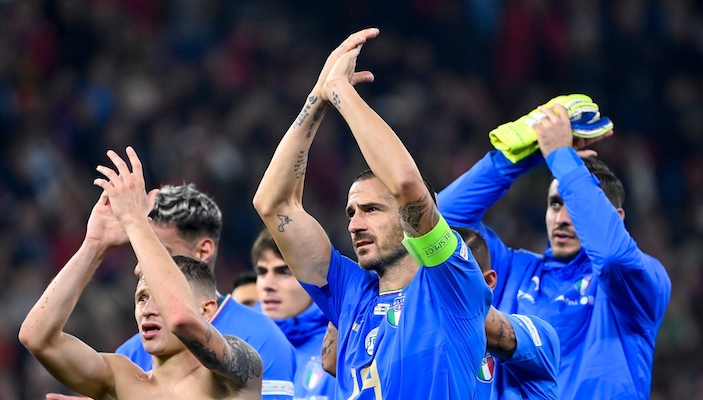 Roberto Mancini is expected to continue his Italy experiments in Sunday’s friendly with Austria, potentially adopting a 3-4-3 formation, or returning to 4-3-3.

The Nazionale already tried out a 3-5-2 and 3-4-3 throughout the 3-1 friendly win away to Albania on Wednesday evening.

More players have left the camp due to injuries, including Sandro Tonali and Nicolò Fagioli, leaving a squad of 25 flying to Austria.

There are two alternatives to begin the match against Austria, as a 3-4-3 formation would confirm Atalanta teenager Scalvini in the defence.

He received his first senior Italy start against Albania, and would remain along with Leonardo Bonucci, but Francesco Acerbi can replace his Inter teammate Alessandro Bastoni.

In case of a 4-3-3 tactic, Marco Verratti would be confirmed in midfield, bringing in Nicolò Barella and Matteo Pessina, sending Scalvini to the bench.

4 Comments on “Italy have tactical options for Austria test”