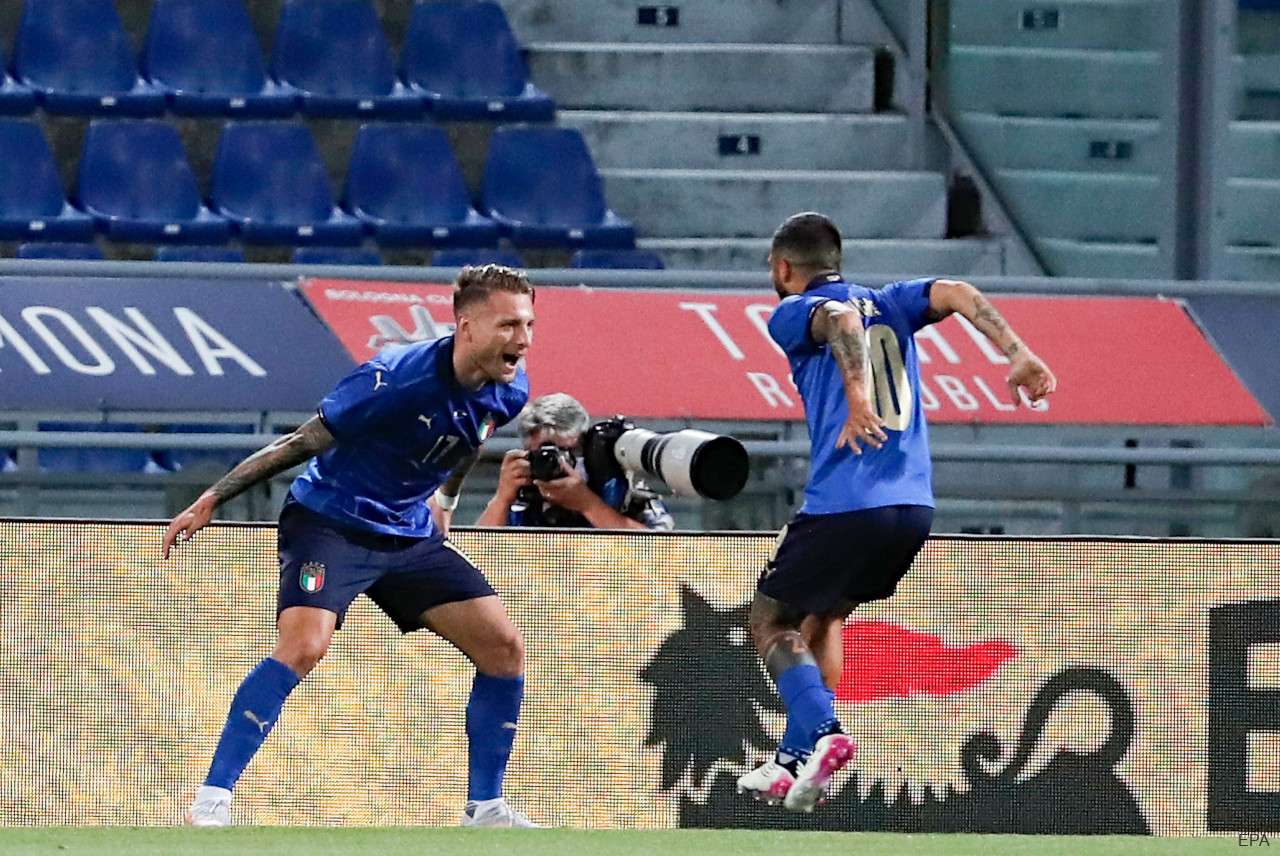 Italy could not have asked for a better warm-up ahead of Euro 2020, thrashing the Czech Republic 4-0 and turning on the style with an eighth consecutive victory.

This was the final friendly before Euro 2020, as the Azzurri were in a group with Turkey, Switzerland and Wales, while the Czechs would face Scotland, England and Croatia. Marco Verratti was still recovering from a knee injury, but Stefano Sensi was ruled out by another muscular issue.

After an aggressive Czech start and Leonardo Bonucci knee scare, Italy took the lead when a cross was only cleared as far as Ciro Immobile, who cut inside and saw his finish deflected in at the near post off a defender.

Immobile threatened again, his diving header wide at the back post on a Nicolò Barella cross, then Lorenzo Insigne could only hit the side-netting from close range.

The Azzurri were now dominating and doubled their lead with another lucky deflection, as Barella surged forward and slipped while taking the shot from the edge of the box, but it looped in off Boril’s shin anyway.

Domenico Berardi stung the goalkeeper’s gloves at the base of the near post from a very tricky angle on his free kick, then one of Insigne’s trademark right-foot curlers was deflected past the far top corner. Moments later, Giorgio Chiellini’s left-foot volley from a corner looped inches over the crossbar.

Insigne did manage to celebrate his 30th birthday with a goal, as Immobile flicked it on with his back to goal, Insigne just needing to sweep it first time into the far bottom corner with the inside of his right boot.

The fourth goal was a magnificent team effort, showing how much Italy were enjoying their football. Insigne ran into acres of space down the left, but rather than shoot, his slide-rule pass cut the defence in two to find Berardi at the other side, who dinked his finish over defender and goalkeeper. It was Berardi’s fifth goal in the last six Italy appearances.

Sassuolo forward Giacomo Raspadori made his senior Italy debut and within seconds had combined with Insigne and Emerson in a smart one-touch passing move to win a corner.

The Azzurri go into Euro 2020 unbeaten since September 2018, but also off the back of eight consecutive victories in which they scored 25 goals and conceded zero.