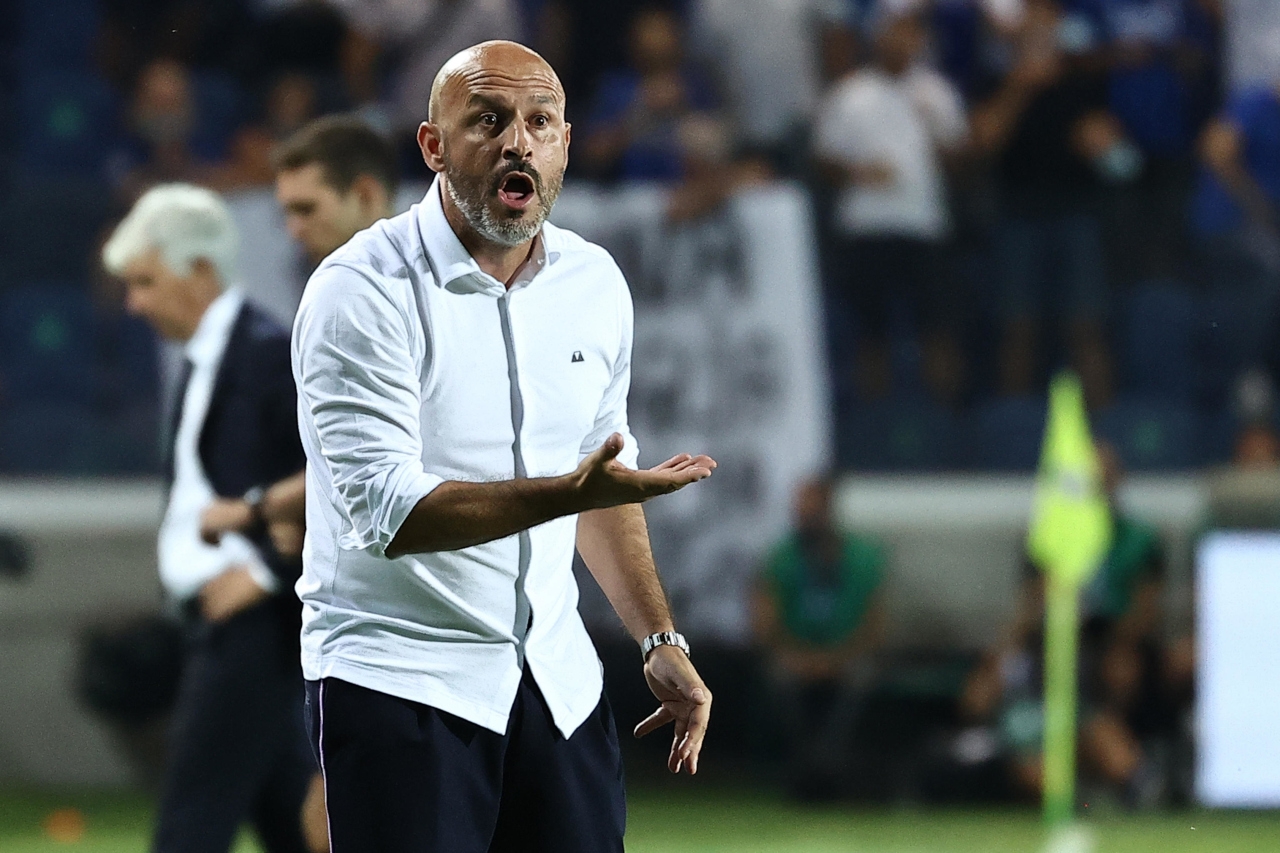 Vincenzo Italiano insists rumours linking Dusan Vlahovic with joining a top European club in January are ‘not credible’ and claims the 21-year-old wants to ‘do well’ against Juventus.

Club director Joe Barone refused to rule out his exit in the January transfer window and many top clubs in Europe have been linked with securing his services.

Juventus are among the clubs monitoring the Serbian forward with the Old Lady hosting La Viola at the Allianz Stadium tomorrow.

“We are talking about a guy who has scored eight goals in 11 appearances even if, during some games, we were not able to provide service properly,” Italiano said at a pre-match press conference.

“I don’t read papers, I’ve heard [rumours] about Arsenal, Tottenham, City, Juventus and Milan. They are just rumours and not too credible for me, the guy is highly focused and he wants to do well.

“Juventus are always a quality side, that never dies. We saw it in the Champions League. They have great quality up front, pace, technique – we need to be very careful,” Italiano continued.

“We have to face Juventus like we did the past 11 opponents, with the right approach. We need to be almost perfect in this match. It’s an important match.

“We have all the qualities to do well and reach positive results. It’s not easy to get good results, but it’s an incredible joy when you do.

“I know what this match means for the fans. If we want to show our mentality, we need to go to Turin and do what we work on during the week, spending a lot of time in their half.  The fans told me how important this match is, and we know and we care a lot.”

La Viola beat Juventus on their last Serie A meeting in December 2020. Giuseppe Iachini was in charge of the Tuscans, while Pirlo was the Juventus coach at that time.

Fiorentina snatched a 3-0 win with goals from Dusan Vlahovic, Martin Caceres and an Alex Sandro own goal.

“Last season’s win was big. Tomorrow we will do what we try to do every week – we want a great performance, that’s the first thing,” Italiano said.

“Sacrifice is at the basis of everything. We’re doing well at the back, and taking our chances up front. At the moment I am happy.

Fiorentina sit seventh in the Serie A table, one point off a Champions League placement and three points ahead of Juventus.

The Bianconeri suffered back-to-back defeats against Sassuolo and Hellas Verona, but beat Zenit in the Champions League, qualifying for the last 16 stage with two games to spare.