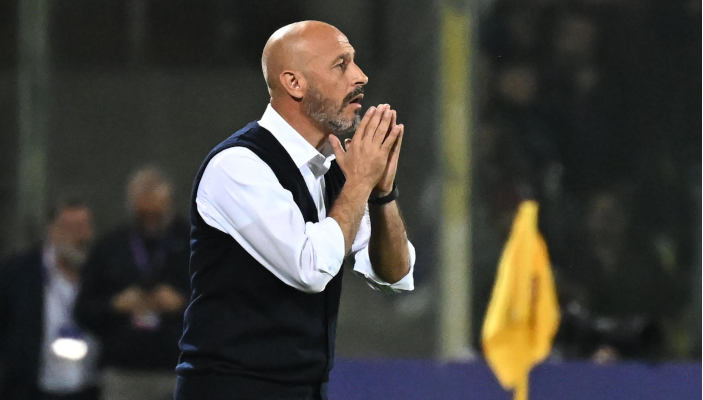 Vincenzo Italiano is impressed by Fiorentina’s 3-0 Conference League victory over RFS and confirms they are ‘trying something different’ in attack lately.

The Viola knew they would need a miracle to take the top spot, but Istanbul Basaksehir made short work of Hearts in the other game to guarantee their place thanks to a superior head-to-head record.

Nonetheless, it was another morale-boosting victory in Latvia, sealed by Antonin Barak, Arthur Cabral and a Riccardo Saponara curler.

“We did what we needed to, trying to make Basaksehir feel a little less comfortable in top spot,” the coach told Sky Sport Italia.

“It was an excellent first half, I am also happy with the performance from the younger players after the break like Bianco and Di Stefano. This is how we prepared it and it worked well.”

Fiorentina had drawn 1-1 with RFS at the Stadio Franchi in their opening Conference League group game, despite having 30 attempts on goal.

With recent results, have they finally resolved their problems converting chances into goals?

“We are trying to move differently from usual, as the striker tended to have his back to goal, now we aim more to run into space. We are trying to do something new and it is paying off,” explained Italiano.

“Victories are also good for confidence, we wanted this win so we could go back to Florence pumped up. It will allow us to prepare for the Sampdoria game in the right way, as we now have to start putting more points on the board in Serie A too.”

Because Fiorentina finished runners-up, they will face one of the teams dropping down from the Europa League in a play-off.