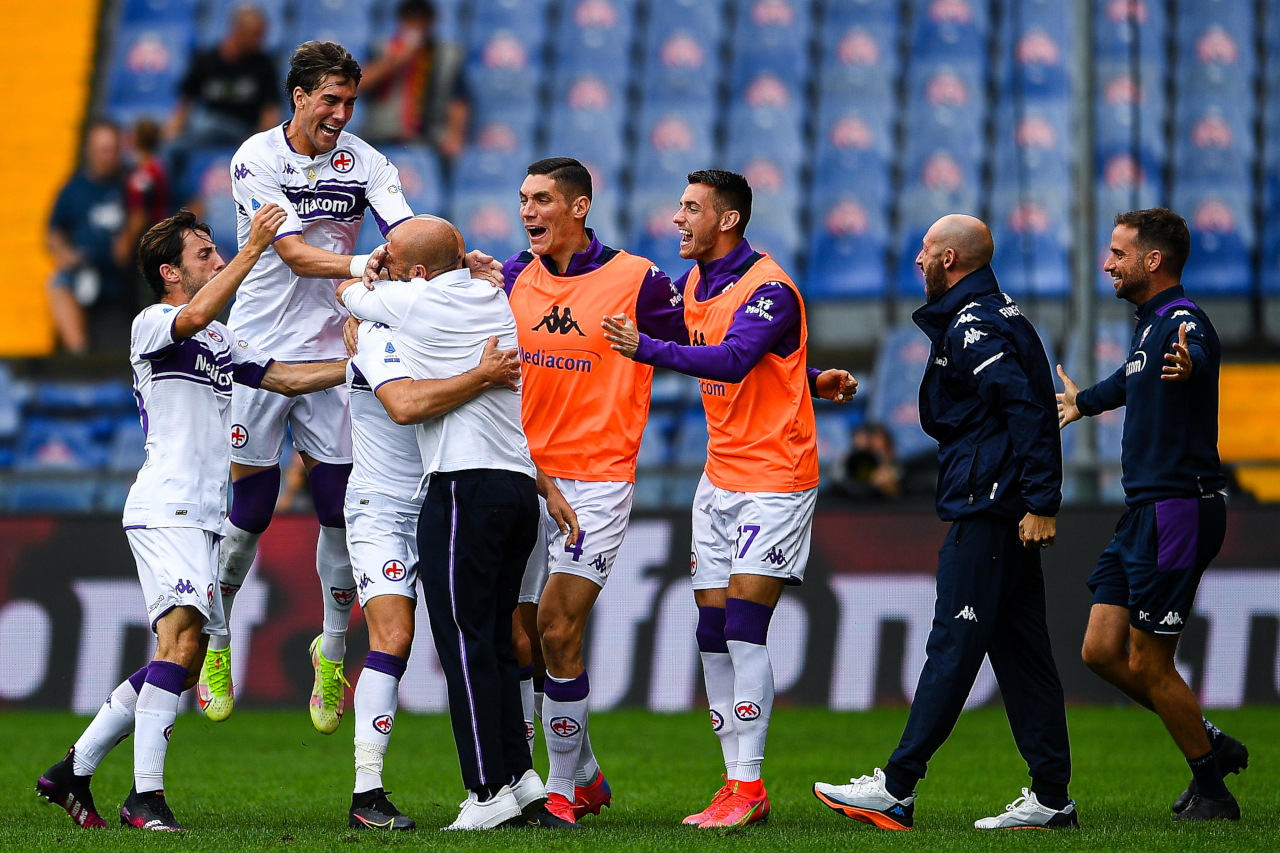 As Fiorentina prepare for their home clash with Napoli, Giancarlo Rinaldi analyses how La Viola have evolved under Vincenzo Italiano.

If there is a Serie A club that has become a byword for underachievement in recent years it is probably Fiorentina. Others might try to claim that crown but the Viola’s last five seasons have been pretty drab and the last three downright depressing. There are early signs, however, that something might finally be bringing a little joy back to the songs on the Curva Fiesole.

That would definitely be music to the ears of Rocco Commisso after a couple of false starts as the new owner of the Tuscan club. The opening games of this season have produced entertaining football, goals and a start reminiscent of campaigns when the club regularly qualified for Europe. Nobody is pining for Rino Gattuso right now.

Vincenzo Italiano might not have a magic wand but his transformation of this squad has had something more than a little wizardly about it. A side that trudged through a series of dreary draws and defeats at the end of last season has become one of the most entertaining to watch in Italy.

Players who looked set for the scrapheap have been dusted off, revived and restored to almost as good as new – if not better. It has left the boys from the Artemio Franchi closer to the Champions League places than they have been for quite some time.

Nobody should get too carried away just a few games in but, nonetheless, the performances have been of the kind to make people sit up and take notice. A grubby win over Udinese at the weekend was probably their most drab display but even in defeat to Inter and Roma, they earned plaudits. Their coach has created a team that is not afraid to go and play its football against any opponent or on any ground in Italy. For long-suffering fans, it has been as refreshing as a spremuta d’arancia on a sweltering summer’s day in the city.

Certainly, club-record signing Nico Gonzalez has been a breath of fresh air – despite a red card for sarcastically clapping a referee. Dusan Vlahovic has continued the thrilling form of last season (a 78 rating in FIFA 22, seriously?) and Nikola Milenkovic has regained a splash of solidity he appeared to have lost. The transformation of others, though, has been even more marked.

Jack Bonaventura – always a fine player – has been out of this world. Alfred Duncan, Jose Callejon, Riccardo Sottil and Sofyan Amrabat – who once appeared surplus to requirements – have all been reintegrated with varying levels of success. Even Cristiano Biraghi – who caused consternation when announced as captain – has evaded the critical carping of the Curva thus far. It might not be perfect harmony, but it feels like it after years of discord.

A spat over Vlahovic’s new contract has threatened to overshadow the progress being made in recent days but it shouldn’t be allowed to do so. These are classic destabilising moments that get thrown at any team trying to upset the established order and move up the ranks. If the Viola can weather this storm, they appear to have a coach capable of delivering an exciting season.

Italiano has shuffled his deck regularly for every match with his centre-back pairings and even goalkeeping choices being chopped and changed. It feels like necessary dosing out of resources for a style that demands enormous physical effort from its players. They ran out of steam against Inter and appeared to still be suffering a hangover in Udine. But the football they have produced when on song has been sublime.

The question mark has to be just how sustainable it is. These intense approaches can see players and teams crash and burn when they run out of the sharpness to maintain their levels of performance. But enthusiasm and excitement are great providers of adrenalin and that might be enough to get Fiorentina over or around any bumps in their road.

Some tough tests lie ahead, for sure, starting this weekend with Napoli. We will know better where these purple protagonists fit in the Serie A cast-list over the fixtures to come. It might not be the days of the Sette Sorelle – the Seven Sisters fighting for the Scudetto – but it could at least be a revival for a side which has struggled of late.

Europe would be amazing, the Champions League, the stuff of dreams, but the fans have earned the right to add a little dash of happiness to their pre-match aperitivi. Mai una gioia – never any joy – has become something of a catchphrase in Florence over the last half a decade or so. But their new coach is going a long way to getting them to rewrite that unofficial club motto in his first few months in charge.