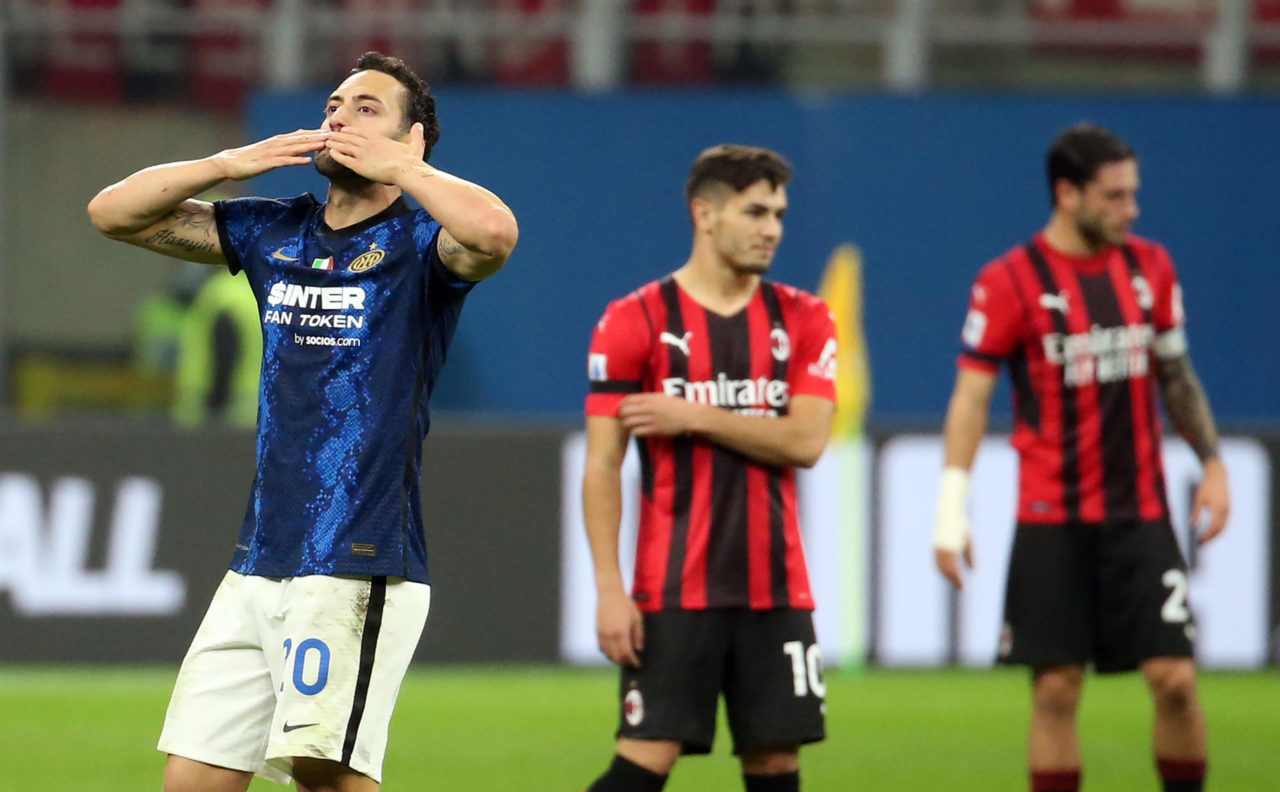 Former Inter midfielder Borja Valero hailed Hakan Calhanoglu as ‘courageous’ after the penalty goal against Milan, while Alessio Tacchinardi has claimed his celebration was ‘disrespectful’.

The Turkey international moved to Inter on a free transfer over the summer and played in his first Derby della Madonnina since joining Milan’s arch-rivals.

Calhanoglu stepped up when awarded a penalty and scored the opening goal after 11 minutes, before he celebrated in front of the Rossoneri fans.

Calhanoglu gets same treatment as Donnarumma, but hits back at Milan fans

Former Juventus midfielder Tacchinardi felt the gesture after the goal, when Calhanoglu put his hand behind the ear and taunted the Rossoneri fans, was ‘disrespectful’.

“It was disrespectful towards his former fans and the club,” Tacchinardi told SportMediaset. “Also because he left on a free transfer.”

Borja Valero, who played at Inter for three years between 2017 and 2020, believes the former Rossonero showed ‘courage’ when he stepped up to convert the penalty kick.

“Hakan Calhanoglu had great courage,” Borja Valero told DAZN. “He has shown personality by taking a complicated penalty. It has to be applauded.”

Milan full-back Alessandro Florenzi doesn’t agree, as he stepped onto the pitch to show his discontent with the celebration after the opening goal from the ex.

22 Comments on “‘It was disrespectful’ | Calhanoglu’s celebration causes debate”