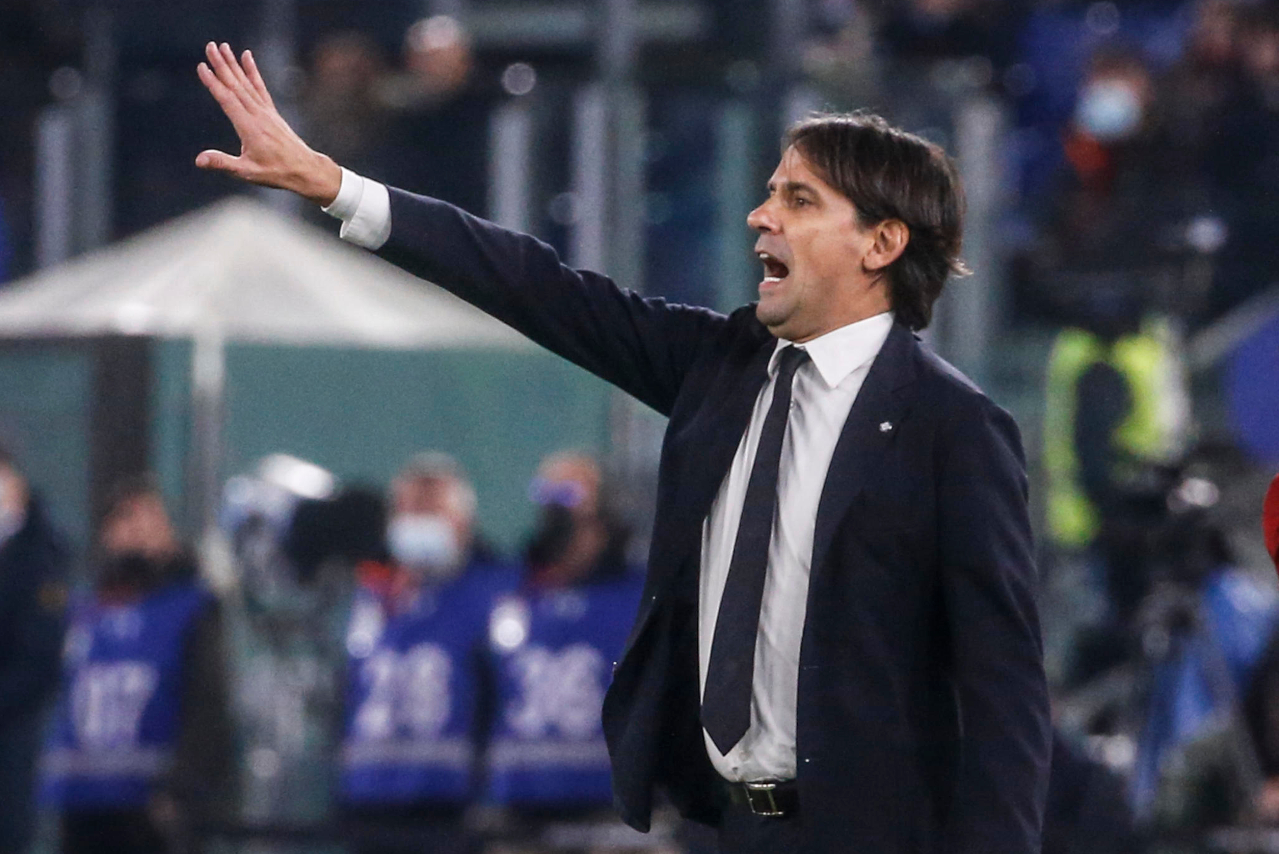 Simone Inzaghi doesn’t think the 3-0 demolition of Roma was the ‘best performance’ for Inter this season, noting the differences between his approach and that of predecessor Antonio Conte.

The Nerazzurri had the result sewn up by half-time, as Hakan Calhanoglu curled in directly from the corner flag, Edin Dzeko met a Calhanoglu assist and Denzel Dumfries got his diving header at the back post on an Alessandro Bastoni cross.

“I don’t know if it was our best performance, but we faced a Roma side that had lost at home only once, so to come here and win like this really boosts our self-esteem,” Inzaghi told DAZN.

“It’s a great signal and I think the many fans who came to Rome for the game will go home happy.”

The defence was barely ever tested at the Olimpico, Samir Handanovic dealing with only one shot on target, while they had 68 per cent possession as the away side.

“Danilo D’Ambrosio hadn’t played since Empoli, so we were missing a few players as well. We’ll see what’s happened to Correa, while Lautaro Martinez isn’t in great shape. He said he was ready to play, but he’s too important for us, so we let him rest ahead of Tuesday.

“Unfortunately, when you play this many games, it will inevitably force you to pay in terms of injuries. All the teams are dealing with these issues.

“I am fortunate to have versatile players at my disposal. For example, Roberto Gagliardini was the Man of the Match at the weekend and scored, but he stayed on the bench today. It’s wonderful to have everyone available and ready to step up when needed.”

Bastoni is a centre-back, but provided the cross for the third goal after moving forward into midfield.

“Versatility and movement are important in modern football and fortunately I have players with these characteristics, so we work on that in training, getting them to switch roles and shake things up.”

Inter won the Scudetto last season under Antonio Conte, but have a very different approach under Inzaghi, with more passing and dare one say a more proactive approach compared to Conte’s defend and counter.

“It has been many years that my teams have played in this type of way. The players might change, but we were entertaining with Lazio too and had been top of the table before the lockdown, then qualified for Europe for five years in a row,” continued Inzaghi.

“Inter lost some very important players from the Scudetto-winning side, we didn’t get downhearted and adjusted to the situation. We had been doing well until three penalties proved fatal, the two we missed and the one that Juventus scored against us in stoppages.”

It was a return to Rome for Inzaghi, who between his years as a player and then a coach, spent most of his career in the Eternal City.

“Naturally, returning to the Olimpico is not normal for me, as it was my home for 22 years. However, I was fully concentrated on the game, as we needed this result and despite their problems, Roma still had a very competitive first XI.”

He steams in at the back post to put the visitors 3-0 up in the first half against Roma 😳 pic.twitter.com/6dveWJw9yf