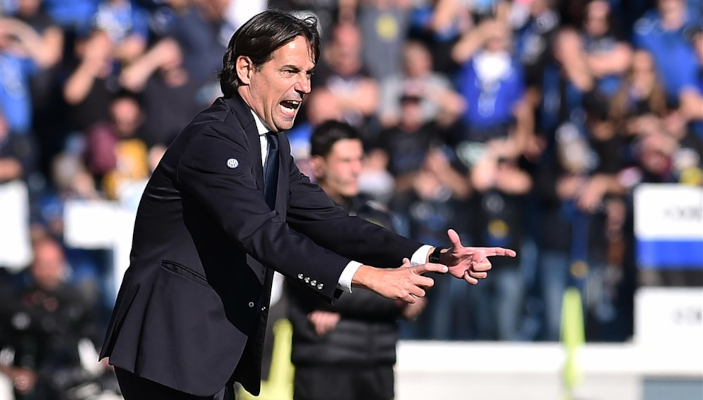 Simone Inzaghi hails the importance of Inter’s comeback victory away to Atalanta and reveals he requested Edin Dzeko to replace Romelu Lukaku.

The Nerazzurri had gone behind to an Ademola Lookman penalty, but that was overturned with a Dzeko brace and Jose Luis Palomino own goal.

Palomino’s diving header in the right net set up a tense finale, but Andre Onana and company held out for their first win against one of the other ‘big’ clubs this season.

“It is very important to reach the World Cup break coming off six wins in the last seven Serie A games,” Inzaghi told Sky Sport Italia.

“It is always tough here in Bergamo, we had the wrong approach and conceded the opener on our error, but then did well to turn it around in the second half.

“We had four more points at this stage last season, but that was without the very strong Champions League group. Napoli are currently setting a pace that is tough to match, we just have to continue our path.

“There’s a long way to go yet this season, there are 23 games remaining and we have 45 days now to work on recovering injured players and fine-tuning the details.”

It was also Inzaghi’s 250th Serie A game as a coach and on 143 wins, he’s got more victories than any coach in his first 250 matches over the last 35 years.

“This long break is a new thing for everyone. We will have five or six days in Malta with two friendlies, then the players should return from the World Cup. We hope they will be as late as possible, as that means they have progressed in the competition.”

Dzeko at the age of 36 is perhaps Inter’s most valuable performer this season and bagged a brace again today, but his contract only runs to the end of this term.

“Last year we had to do without Romelu Lukaku and the first name I mentioned to the club was Dzeko,” revealed Inzaghi.

“He did so well last season, then he knew that with Lukaku’s return there would be less playing time, but despite being 36, he is playing constantly and only getting better.”