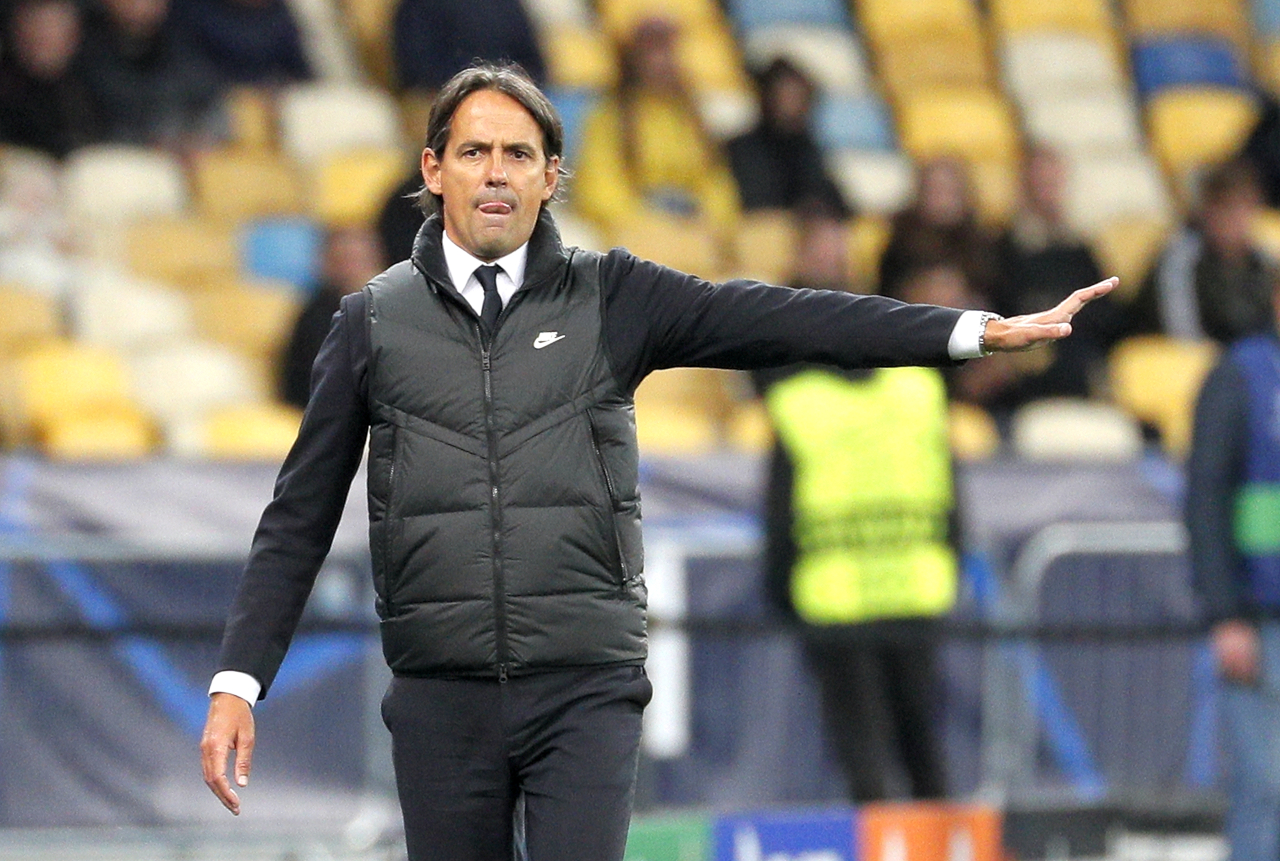 Inter coach Simone Inzaghi prepares for a return to Lazio on Saturday and said he must evaluate Lautaro Martinz but confirmed Alexis Sanchez and Arturo Vidal will not take part. ‘Lotito? I thank him for life’.

The Nerazzurri travel to the Italian capital to play Maurizio Sarri’s men on Saturday and it’s a special game for coach Inzaghi, who spent the last five years with the Biancocelesti.

The Beneamata continues with a tough game at the Olimpico tomorrow, but the coach reveals the international players have returned with some issues.

“We will try to be ready, unfortunately we were few here, but they worked in the best possible way,” Inzaghi said. “The European national players have returned with some minor problems. We are waiting for the South Americans.”

Inzaghi was asked what has changed at Lazio since Sarri replaced him at the Aquile.

“I think Lazio have played some excellent games,” he said. “They are a very well-built team, a new coach has arrived and he’s very good at organising the teams.

“They are playing excellent games, but they lost the last one and therefore they will be angry and will want to play well.”

Inzaghi is uncertain if he will have any of the South Americans available for the big game and has already excluded the Chileans.

“It happened already against Samp, but we played on Sunday,” he said. “This time it’s special. Sanchez and Vidal will not come to Rome, they will stay in Milan.

“They will be useful for Tuesday, as well as [Stefano] Sensi, who has trained fairly well over the last few days.

“He still can’t kick with the right due to the sprain, but we hope to recover him for Tuesday.”

La Liga have decided to move the games due to the late re-entry of the players from international duty.

“I will talk to the South Americans, and we will see how they are,” Inzaghi said. “In La Liga they have done well to postpone the games, but it’s a matter that had to be addressed before.

“We know that we have other alternatives in those roles. I will have to evaluate how the South Americans arrive in Rome.”

Inzaghi knows what to expect from the opposition, as he trained them for over five seasons.

“We need to be clean, very good technically,” he said. “We know that Lazio will be pressing hard, we have done very well some games, and less in others.

“We will have to be good in both phases of the game.”

Inzaghi expects both ‘boos and applause’ when he’s ‘returning home’ and looks forward to meeting the people and the fans at Lazio.

“It’s not a match like the others, for me it’s a return to my home for 22 years,” he continued. “It will be a great thrill to see the lads who have always given everything for me and the people behind the scenes who were always special.

“In addition, seeing the Lazio fans, who have been very important for me. We have celebrated and suffered together in these years, reaching great targets that haven’t been achieved for a long time.

“I know there will be boos and applause, but it’s part of the job. I will accept them, they know that I have always given everything.”

He was asked what he expects from Lazio President Claudio Lotito when they reunite in the Italian capital.

“A lot has been said and heard, but I think he and [sporting director Igli] Tare have been very important for my coaching career,” Inzaghi said. “Thanks to them I coached Lazio, I will never stop thanking them, knowing that we integrated well and achieved great results.”

Inter have one eye on the match in the Champions League on Tuesday, when FC Sheriff Tiraspol arrive at the Giuseppe Meazza.

“It’s certainly an important week,” he said. “We will have to take one game at a time. Tomorrow will be very difficult and we must do our best, then we will have the Champions League and Jvuentus.

“They will all be very difficult.”

Hakan Calhanoglu is uncertain for the match against Lazio, but Inzaghi believes he will be able to play a part in Rome.

“I’m very happy Calhanoglu has arrived, he’s an integral part of the project,” Inzaghi added. “He never backs down. He received a bad hit against Latvia and did everything to be available.

“I don’t know if he will start or enter off the bench. I’m very happy with him, just like his teammates are.”

Inzaghi also revealed he’s settling in well at Inter and said the fans welcomed him in a ‘fantastic’ way.

“I immediately settled in,” he added. “These fans are similar to those of Lazio and they welcomed me like I never expected, from day one.

“They have always been fantastic with me and thea team, and every time we travel, they are so many, and they make you feel an incredible warmth.” 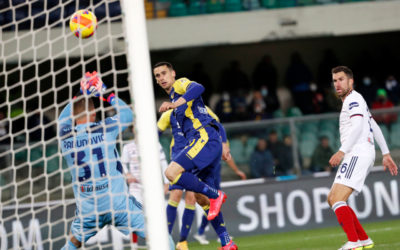 Watch a goalless draw that was not short on incident, as there was a touchline scuffle, a potential red card, astonishing save and effort off the...

END_OF_DOCUMENT_TOKEN_TO_BE_REPLACED 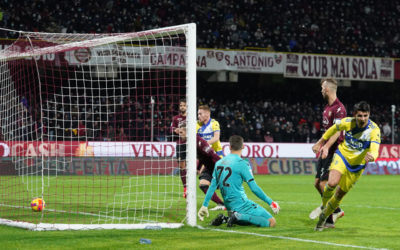 Watch as Juventus power past Salernitana with a Paulo Dybala daisy-cutter and cheeky Alvaro Morata flick, but La Joya ballooned a penalty over the...

END_OF_DOCUMENT_TOKEN_TO_BE_REPLACED 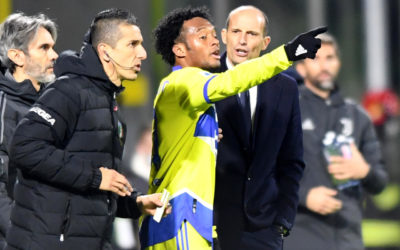 Max Allegri confirms he told Juventus players it was ‘time to give back’ to the club and reiterates there will be ‘ups and downs’ with a relatively...

END_OF_DOCUMENT_TOKEN_TO_BE_REPLACED 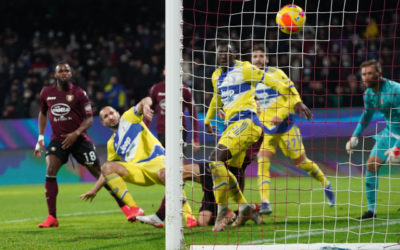 Giorgio Chiellini reveals how Max Allegri’s comments inspired him and Juventus against Salernitana. ‘This club gave us so much, it’s time to give...

END_OF_DOCUMENT_TOKEN_TO_BE_REPLACED 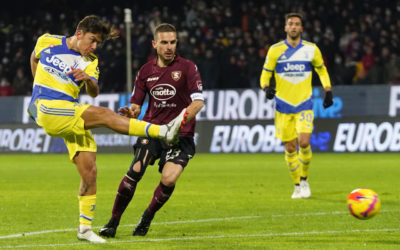 Paulo Dybala’s left-foot scorcher and a smart Alvaro Morata flick at the near post gave Juventus victory over Salernitana, but Dybala also missed a...

END_OF_DOCUMENT_TOKEN_TO_BE_REPLACED 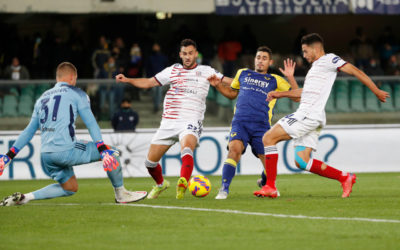 Verona had the best chances, hitting the woodwork with Pawel Dawidowicz and Kevin Lasagna’s late volley saved, but Giovanni Simeone was lucky not to...

Watch a goalless draw that was not short on incident, as there was a touchline scuffle, a potential red card, astonishing save and effort off the...

END_OF_DOCUMENT_TOKEN_TO_BE_REPLACED

Watch as Juventus power past Salernitana with a Paulo Dybala daisy-cutter and cheeky Alvaro Morata flick, but La Joya ballooned a penalty over the...

END_OF_DOCUMENT_TOKEN_TO_BE_REPLACED

Max Allegri confirms he told Juventus players it was ‘time to give back’ to the club and reiterates there will be ‘ups and downs’ with a relatively...