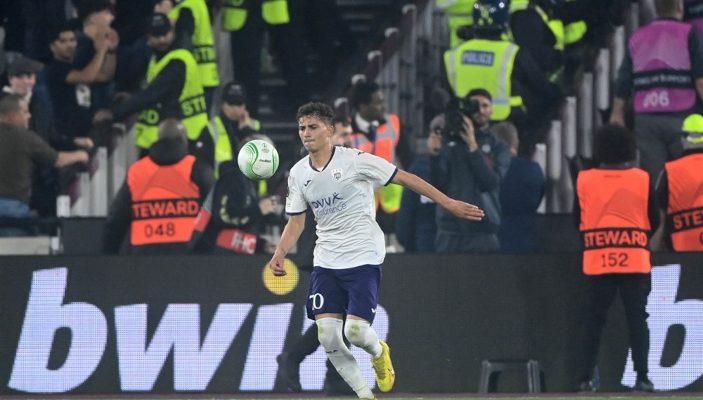 Italy Under-21 international Sebastiano Esposito is set to leave Anderlecht for a return to Serie A, as Inter consider proposals from Empoli and Lecce.

The 20-year-old is a product of the Inter youth academy and had several loan experiences with SPAL, Venezia, FC Basel and currently RSC Anderlecht.

There is an option to buy for the Belgian side at €10m, but Inter also have a counter-option to bring him back for €11.5m.

So far this season, Esposito has scored two goals in 21 competitive matches for Anderlecht and does not seem likely to remain there for long.

According to Sportitalia transfer pundit Alfredo Pedullà, there are two main candidates for his signature in Serie A.

The first is Empoli, who have been linked for some time, while the other intriguing option is Lecce.

This would be a two-year loan, enabling Esposito to play regularly in the top flight and get some sense of stability so he can prove what he can do on the main stage.

Under contract until June 2025, he could then be sold by Inter for a higher price.

One Comment on “Inter open to Lecce and Empoli for Esposito”