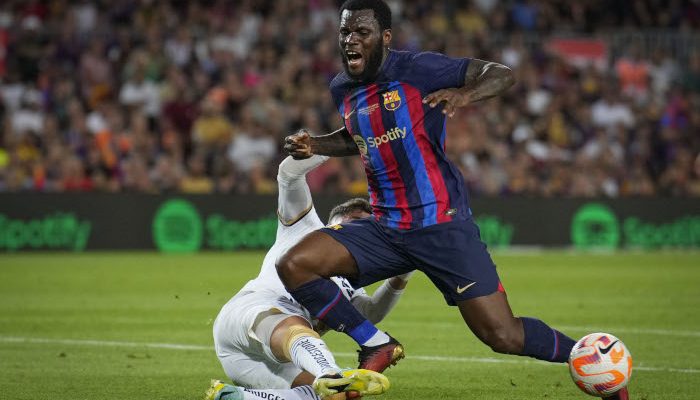 Inter are reportedly interested in Barcelona midfielder Franck Kessié who has been struggling with playing time at Camp Nou.

The Ivory Coast international joined the Catalans as a free agent last summer after the end of his contract with Milan.

The 25-year-old has collected just 485 minutes with the Blaugrana this season, scoring one goal in 13 appearances across all competitions.

Inter, especially their director Piero Ausilio, are long-time admirers of the ex-Milan midfielder and held talks with Atalanta in 2017 before Kessié’s move to the Black and Red side of Milano.

The Nerazzurri are forced to operate with a reduced budget due to Suning’s financial issues and would be interested in a loan move in January.

However, according to the report, Kessié would prefer to end the season at Barcelona and his high salary in Catalunya also represents a potential obstacle in the deal, but Inter will keep monitoring the midfielder ahead of a possible deal in the winter transfer window.