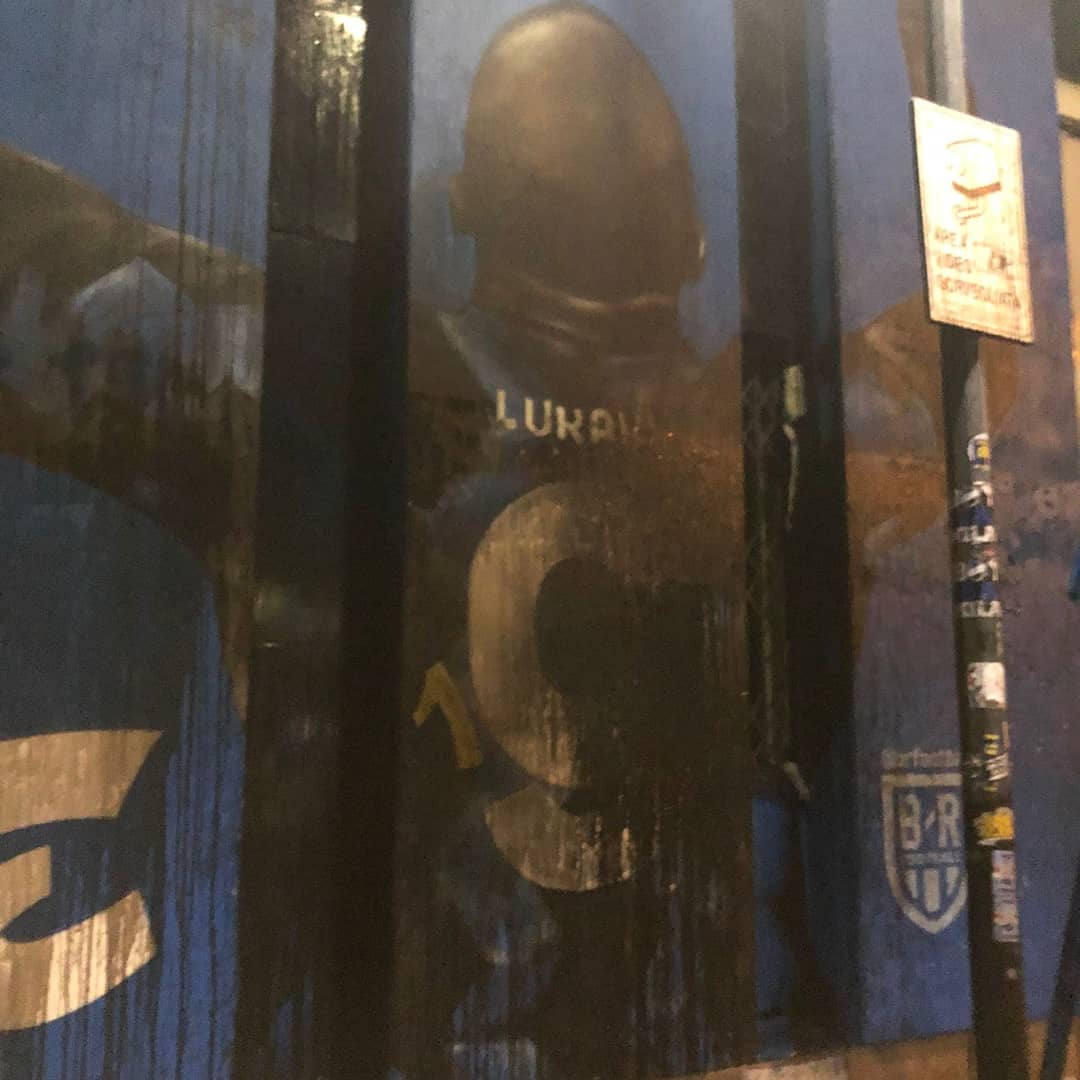 On the day Romelu Lukaku flies out for his €115m Chelsea move, Inter fans have defaced his mural and sent out another strong message. ‘You proved yourself to be just like all the rest, going to your knees for money.’

The striker was portrayed in a triumphant mural just outside the Stadio Giuseppe Meazza after leading his team to their first Serie A title in 11 years.

However, the joy was short-lived, as coach Antonio Conte terminated his contract by mutual consent over a disagreement with the club’s transfer strategy.

It quickly emerged why he felt the need to walk away, as Achraf Hakimi was sold to PSG and now Lukaku is heading to Chelsea.

Just hours after the striker left Linate Airport in a private jet bound for London, his mural was defaced by Inter ultras from the Curva Nord.

It had originally read: ‘Dear Milano, you’re welcome’ but they covered up everything except ‘Milano’, including the back of his jersey.

They also put up a banner that in the most generous and family-friendly version of the translation would read: ‘We’re fed up with all of you.’

There was a longer message on Facebook posted by the group, which took aim at Lukaku directly.

“Dear Lukaku, we expected more honest and transparent behaviour from you. But, despite the fact we protected you like a son, like one of us, you too proved yourself to be just like all the rest, going to your knees for money.

“We wish you the best, even if greed doesn’t always pay.”