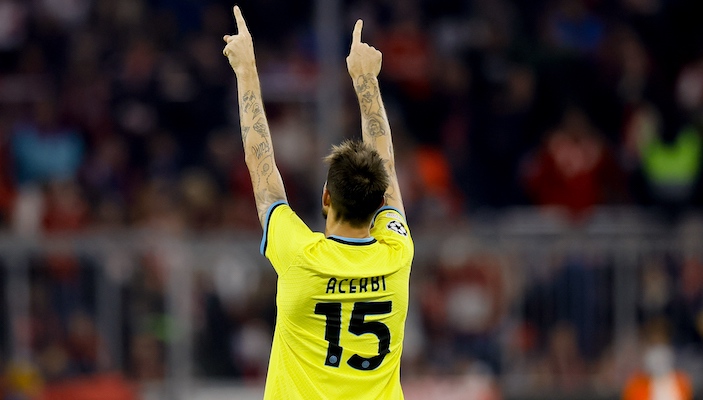 Inter have an agreement with Lazio to purchase Francesco Acerbi for €3.5m at the end of the season, but are reportedly trying to negotiate it down.

The centre-back made the move over the summer on a loan deal with option to buy for a set fee.

However, La Gazzetta dello Sport claim that Inter are trying to work out a different, reduced figure to make the move permanent.

The 34-year-old has made 14 competitive appearances so far this season in the Nerazzurri jersey.

His contract runs to June 2025 with Lazio, having joined the Stadio Olimpico side from Sassuolo in 2018.

Acerbi had been a regular for the Biancocelesti, but had a massive falling out with a section of the ultras and was essentially forced to leave.

It is suggested Inter will use that situation to push Lazio into lowering the asking price, knowing full well he cannot return to Maurizio Sarri’s side.