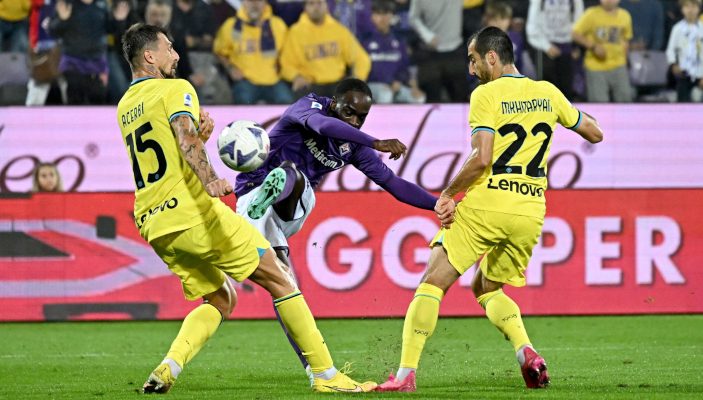 Fiorentina beat Bolivian side Club Always Ready 9-0 in a friendly test including a Jonathan Ikone hat-trick as they prepare for the return of Serie A football.

The Viola are trying to keep their fitness levels up during the break for the 2022 World Cup in Qatar, as domestic fixtures resume from January 4.

There were circa 1,300 people watching at the Stadio Franchi in Florence and it’s safe to say this was one-way traffic, as Bolivian team Always Ready did not live up to their name and seemed wholly unprepared.

Ikone was the star of the show, especially in the first half, bagging a hat-trick including a mazy solo effort and meeting assists from Dodo and Giacomo Bonaventura.

Paolo Bianco from distance and Riccardo Saponara’s tap-in had Fiorentina leading 5-0 at the break.

Cristiano Biraghi curled in a trademark free kick, then Rolando Mandragora, Marco Benassi and Christian Kouame rounded out the scoreline.