Ibrahimovic: ‘I kept my promise to Milan’ 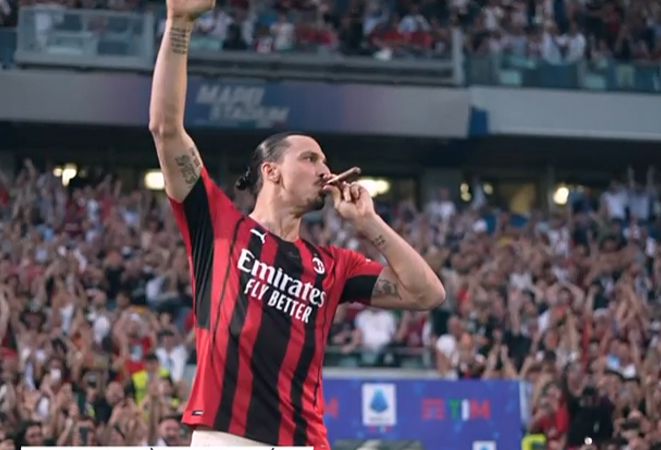 Zlatan Ibrahimovic celebrates the Scudetto with Milan by thinking what agent Mino Raiola would’ve told him, but still hasn’t decided if he’ll retire. ‘I arrived here making a promise and I kept it.’

The striker was in his second spell with the Rossoneri, having already won the Serie A title in 2010-11, which was coincidentally also the last time this club was crowned Champions of Italy.

He returned in January 2020 and, along with Simon Kjaer, transformed the mentality of the side to begin this journey towards the Scudetto.

“It’s wonderful, I was here last time Milan won and 11 years later we win it and I’m here again,” grinned the 40-year-old on Sky Sport Italia.

“I arrived here making a promise and I kept it. Many laughed when I said that we’d win the Scudetto again, but we worked hard and showed the team what it means to suffer for your results.”

It has been an emotional few weeks for Ibrahimovic, as his agent and mentor Raiola died with the Swede at his bedside.

What would Raiola have said if he was here now?

As it happens, it is Ibra alone who must decide on whether he signs a new contract at San Siro or hangs up his boots for good.

“I need to be in good shape, I need to do things. When I feel good, then I’ll see what the situation is. I still feel that I can make the difference when I’m on the pitch. I don’t see another Ibra out there.

“I will make a decision over the next few days. I had a really tough time lately, it was bad both physically, but also for other personal matters. At the end of the day, I did everything I could to help Milan win this trophy.

“I was afraid that I might have to quit, but I want to do it my way.”

Inevitably, Ibrahimovic is a leader in the locker room and is looked to for his speeches to the younger elements.

“Naturally, I talk a lot in the locker room, I told everyone to stay concentrated, as it’s easy in these situations to lose your head. It is revenge for many players that people didn’t believe in.”

Milan are a very different club now to when Ibrahimovic left for PSG in 2012, as at the time their owner was Silvio Berlusconi.

They’ve since gone through Yonghong Li and Elliott Management, now seemingly about to be taken over by American fund RedBird.

“It’s a huge difference. The team 11 years ago was 22 champions who had won it all, we were the favourites going in every season. The current squad is full of young players, we put pressure on and let them understand what Milan represents. It’s a whole other story.”